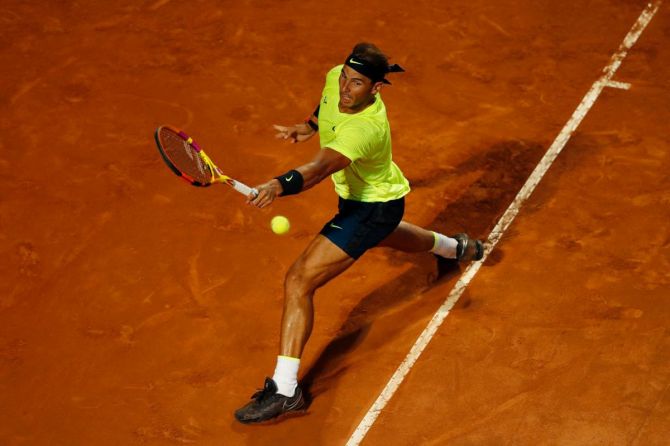 IMAGE: Spain's Rafael Nadal stretches to play a backhand in his second round match against compatriot Pablo Carreno Busta on day three of the Internazionali BNL d'Italia at Foro Italico in Rome on Wednesday. Photograph: Clive Brunskill/Getty Images

Nine-time champion Rafael Nadal showed little signs of rust when he played his first match in 200 days as he beat fellow Spaniard Pablo Carreno Busta 6-1, 6-1 in the Italian Open in Rome on Wednesday.

Nadal, who received a bye into the second round, has not played a tournament since winning his 85th singles title in Acapulco, having skipped the Western & Southern Open and the US Open in New York due to COVID-19 concerns.

The match was also Nadal's first on clay in 465 days after his French Open triumph last year and the 34-year-old Spaniard sent an ominous message to the field as he dominated the US Open semi-finalist from start at an empty Foro Italico.

"It's good to be back on the Tour but obviously the feeling is not the best playing without crowds," Nadal said.

"At least there's one positive thing, the sport is back.

Nadal broke in the fourth game to take a 3-1 lead and did not look back, winning the last 10 points in the opening set to put down a marker for Carreno Busta who struggled with the pace of the ball on clay after two hardcourt tournaments.

The second set was more of the same as a visibly jumpy Nadal could not wait to get going between games and the world number two wrapped up the match in 73 minutes with 20 winners while Carreno Busta made 28 unforced errors.

"I played a good match, maybe he was a little bit tired from New York (where) he played an amazing tournament," Nadal added.

"It's a perfect start for me, I played solid, some good shots with the forehand and backhand."

In the women’s draw. second seed Karolina Pliskova started her title defence with a 6-3, 6-3 win over Barbora Strycova, converting four break points and smashing 26 winners past her Czech compatriot.

After winning the Western & Southern Open last month and losing the US Open final in New York over the weekend, Azarenka had no problems switching from hardcourt to clay in just four days.

"Different surface was definitely challenging but I feel like I adapted very well," Azarenka said.

"I felt that this was a great match for me to figure it out, the first match on clay. 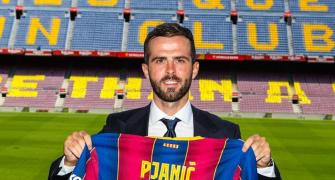 Pjanic to wear Iniesta's jersey No 8 at Barca 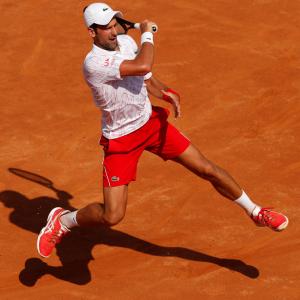 PIX: Djokovic off to a flying start in Rome