Jose Mourinho has played down Chelsea's chances of winning silverware this season, because they lack a killer "selfish" striker.

The London side missed a series of scoring chances in their 2-1 win over strugglers Crystal Palace on Saturday but still moved within two points of Premier League leaders Arsenal, whom they meet on December 23.

"I don't think we are the big contenders of any competition," Mourinho told BBC radio.

"We don't have the striker who is going to score 30 goals in the league."

"We don't have that striker we used to call the killer, the selfish one, the one that gives the last touch," Mourinho said.

On Friday Mourinho said his strikers' hard work helped the attacking midfielders to get on the scoresheet but he and they were frustrated by their lack of finish.

"The number of goals is quite frustrating not just for me but also for them," he had said after training.

"Do I expect a little bit more? Yes. Do we want them to do a little more? Yes."

Mourinho repeated after Saturday's game that he did not expect to buy a striker in the January transfer window as there were unlikely to be any good ones available.

© Copyright 2021 Reuters Limited. All rights reserved. Republication or redistribution of Reuters content, including by framing or similar means, is expressly prohibited without the prior written consent of Reuters. Reuters shall not be liable for any errors or delays in the content, or for any actions taken in reliance thereon.
Related News: Chelsea, Jose Mourinho, BBC radio, Eden Hazard, Fernando Torres
COMMENT
Print this article 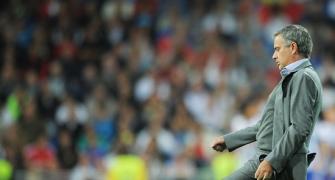 Mastermind Mourinho digs Chelsea out of a hole 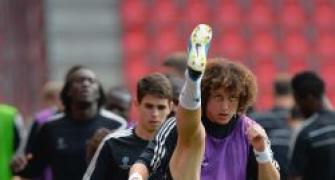 Mourinho to hang on to Luiz in January 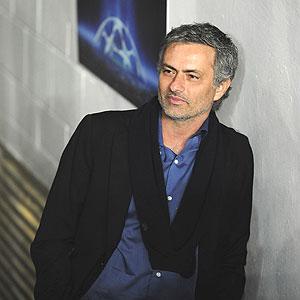