Argentina's decision to play their four world class forwards was fully justified in a crushing 4-0 win over Ecuador that put them top of the South American World Cup qualifiers on Saturday.

Sergio Aguero, Gonzalo Higuain, Lionel Messi and Angel Di Maria all scored in the victory as the home side scored three goals in a devastating 11 minute period in the first half that settled the outcome.

Messi, replicating his Barcelona form more and more with each match for his country, was brilliant and may well have finally won over the crowd at the Monumental in Buenos Aires.

"We have to be a solid team, structured in defence and accompany Lionel so he can express himself to the full," coach Alejandro Sabella told the post-match news conference.

Argentina lead the South American group with 10 points from five matches, one more point than Chile, who beat Bolivia 2-0 in La Paz, and two ahead of Uruguay and Venezuela who drew 1-1 in Montevideo. 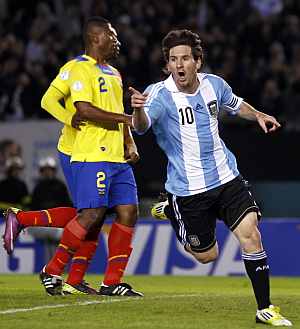 However, Argentina can be overtaken next weekend when they have a bye which they will spend playing arch-rivals and 2014 World Cup hosts Brazil in a friendly in the United States.

Diego Forlan put Uruguay ahead at the Centenario when he extended his national scoring record to 33 in the 39th minute.

But, with little more than five minutes left, a header by Venezuela striker Jose Salomon Rondon was helped into his own net by defender Diego Godin.

"Rondon hits it and it hits me," Godin told reporters who asked him whether he thought it was an own goal, as initially given by the South American Football Confederation.

"None of us are pleased with what we showed," Uruguay coach Oscar Tabarez told reporters speaking for the players and his staff.

Chile served notice they are still a force despite initial problems that included coach Claudio Borghi suspending a quintet of players for breaking a curfew before a qualifier against Uruguay last November.

Borghi's side notched up a third win as Chile made it three successive qualifying victories in the thin air of La Paz, absorbing pressure and hitting Bolivia on the break.

Forward Charles Aranguiz put Chile ahead in first-half added time and Bolivia's hopes took a further dive when defender Luis Gutierrez was sent off early in the second half for a foul on Alexis Sanchez.

Bolivia's coach Gustavo Quinteros, a member of the country's last team to go to the finals in 1994, was also sent to the stands for protesting.

Midfielder Arturo Vidal, the only one of the five players disciplined in November to be pardoned and have his suspension reduced, made sure of the points with a second goal seven minutes from time netting a ball that came back off the post.

Bolivia, bottom of the group with one point from five matches, paid for their poor finishing when they dominated early on in both halves.

Peru, one from bottom with three points and looking to end a 32-year wait for a place in the finals, host Colombia in Lima on Sunday.

© Copyright 2022 Reuters Limited. All rights reserved. Republication or redistribution of Reuters content, including by framing or similar means, is expressly prohibited without the prior written consent of Reuters. Reuters shall not be liable for any errors or delays in the content, or for any actions taken in reliance thereon.
Related News: Uruguay, Lionel Messi, La Paz, Bolivia, Diego Godin
COMMENT
Print this article 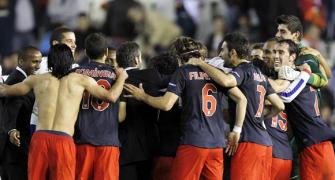 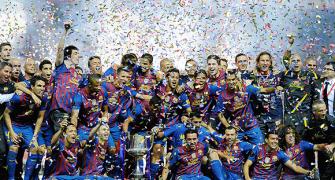 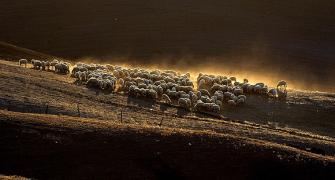 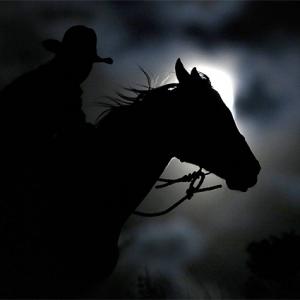 Top 20 photos that will make you go WOW! 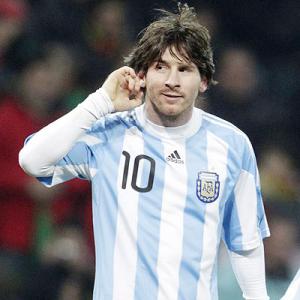