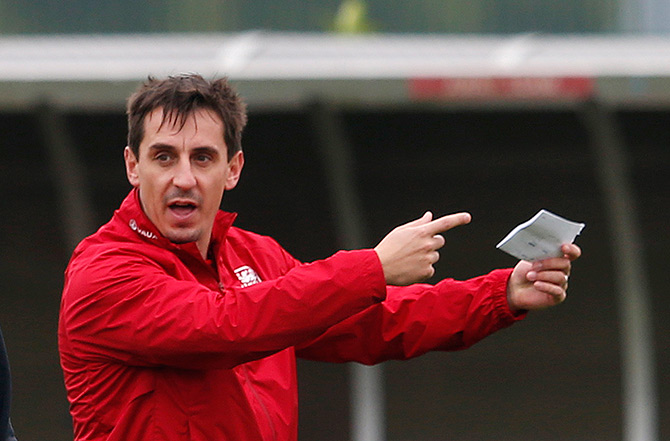 Neville, who is also part of Roy Hodgson's England coaching team, was named first-team coach at the Mestalla -- where his brother, Phil, is a coach -- for the rest of the season in a surprise announcement by the club on Wednesday.

"Valencia Football Club has reached an agreement with England coach Gary Neville to be the coach of the first team until June 30, 2016," the club said.

Neville has worked as a media pundit and been a member of England manager Roy Hodgson's coaching staff since retiring as a player in 2011.

He will take over the running of the Valencia first team next Sunday ahead of their Champions League game against Olympique Lyon a week on Wednesday.

© Copyright 2021 Reuters Limited. All rights reserved. Republication or redistribution of Reuters content, including by framing or similar means, is expressly prohibited without the prior written consent of Reuters. Reuters shall not be liable for any errors or delays in the content, or for any actions taken in reliance thereon.
Related News: Gary Neville, Valencia Football Club, Roy Hodgson, Manchester United, England
COMMENT
Print this article