News
Business
Movies
Sports
Cricket
Get Ahead
Money Tips
Shopping
Sign in  |  Create a Rediffmail account
Rediff.com  » Sports » Lure of Wimbledon grass courts too much for Venus to resist

Lure of Wimbledon grass courts too much for Venus to resist IMAGE: Britain's Jamie Murray and Venus Williams of the United States during their Wimbledon first round mixed doubles match against Australia's Michael Venus and Poland's Alicja Rosolska, at the All England Lawn Tennis and Croquet Club, London, on Friday. Photograph: Matthew Childs/Reuters

The sight of the All England Club's manicured lawns proved irresistible for Venus Williams as the multiple Grand Slam champion made an unexpected - and winning - return after almost a year off court to play at Wimbledon on Friday.

The 42-year-old American, inspired by the sight of younger sister Serena earlier in the week, stepped back onto the court alongside Jamie Murray in the mixed doubles thanks to a wildcard entry and promptly booked a spot in the second round.

"I had no plan to play. I saw the grass and I got excited," Williams said after she and her British partner secured a 6-3, 6-7(7), 6-3 win over Alicja Rosolska and Michael Venus.

"I was at the French Open, it's a beautiful event, but my heart didn't beat the same way. Not that I could play but ... I had no plans. That's why I was asking (Murray) last minute."

Murray is a two-time winner of the mixed doubles event at Wimbledon, but this is a title Williams has never claimed in her storied career. 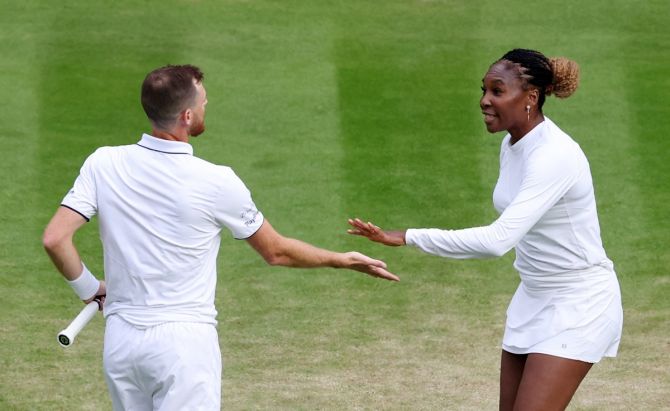 In addition to her seven singles grand slam titles, Williams has won all four grand slam doubles titles - including six at Wimbledon - and the mixed doubles at the Australian and French Opens.

"It's one of the only ones I haven't won, so I usually put a little more priority here," she said.

"It was definitely super last minute. Just inspired by Serena. Like I said, it was amazing. I just was so happy to have so much help today."

Williams was playing for the first time since losing to Su-wei Hsieh in the first round of the Chicago Women's Open last August and recently posted training footage online.

But she remained coy about her plans beyond Wimbledon.

"You never know where I'll pop up," she said. 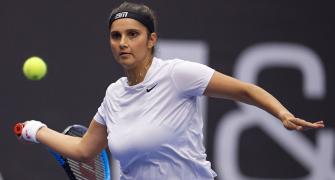 Wimbledon: Sania-Pavic in 2nd round of mixed doubles 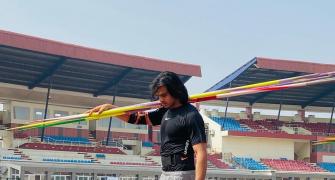 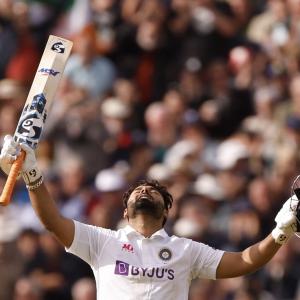