Krishna Poonia qualified for the women's discus throw final at the London Olympics with an impressive effort in the qualification round on Friday, Day 1 of the track and field events.

The Indian athlete began with a foul throw but regained composure to hurl the one-kg discus to 63.54m in the Group A competition at the showpiece Olympic Stadium. 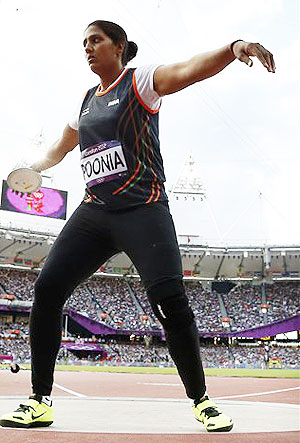 Those who attained the qualification mark of 63.00m, or the best 12, made it to Saturday's final round.

The  Commonwealth Games gold medallist is thus only the sixth Indian to make it to the final round of track and field at the Olympics after Milkha Singh, P T Usha, S

She has a personal as well as season's best of 64.76m, a national record which she set in May at Hawaii in the United States.

While Poonia's compatriot Seema Antil missed out by a whisker.

Antil ended at 13th at the showpiece Olympic Stadium.

Antil had a best effort of 61.91m, which she came up in her third and final throw, to finish 13th and missed the final round. 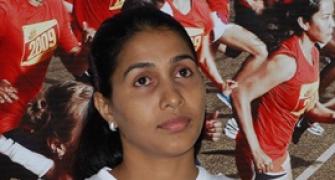 India has no chance of Olympic athletics medal: Anju
India's schedule at the Games - August 3 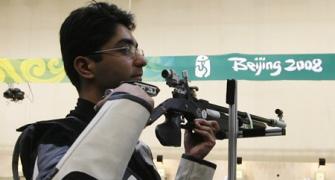 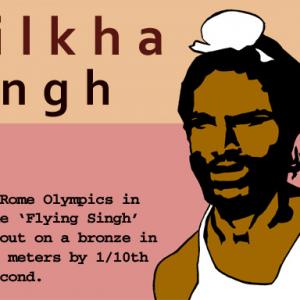 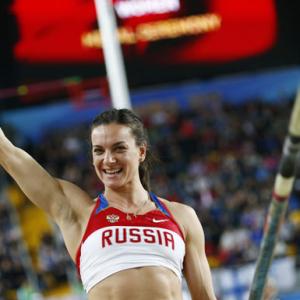 Women on the field: Isinbayeva, Spotakova lead the pack