Kobe Bryant's wife Vanessa wishes 'this nightmare would be over'

'My brain refuses to accept that both Kobe and Gigi are gone.' IMAGE: Kobe Bryant with his wife Vanessa as they attend the 2018 Vanity Fair Oscar Party hosted by Radhika Jones at Wallis Annenberg Center for the Performing Arts in Beverly Hills, California, on March 4, 2018. Kobe Bryant won an Oscar for his animated short film, 'Dear Basketball' in 2018. Photograph: Danny Moloshok/Reuters

Vanessa Bryant said in an Instagram post on Monday that she was both grieving and angry over the loss of her husband, NBA star Kobe Bryant, and 13-year-old Gianna in a helicopter crash last month.

Vanessa Bryant, 37, has made few public appearances since the crash that killed her husband, daughter and seven others and said in the social media post that she had been "reluctant" to put her feelings into words.

"My brain refuses to accept that both Kobe and Gigi are gone," she said, using a nickname for her daughter. "I can't process both at the same time. It's like I'm trying to process Kobe being gone but my body refuses to accept my Gigi will never come back to me."

Bryant said she felt anger at losing both her husband and daughter and has to remind herself to be strong for the couple's three surviving daughters.

"God I wish they were here and this nightmare would be over," she said. "Praying for all of the victims of this horrible tragedy. Please continue to pray for all."

The death of Bryant, an 18-time all-star in the National Basketball Association and one of the world's most admired sports figures, prompted an outpouring of shock and grief from fans and fellow athletes around the globe.

The retired Los Angeles Lakers forward had been on his way to a youth basketball tournament in which he was coaching and his daughter and two other girls aboard the luxury chopper were due to compete.

Federal investigators have not yet determined a cause for the crash in Calabasas, California, outside Los Angeles, but have said the helicopter was flying in dense fog and that there was no evidence of engine failure. 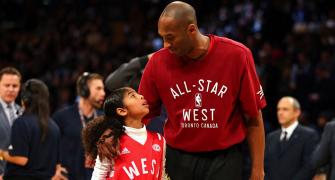 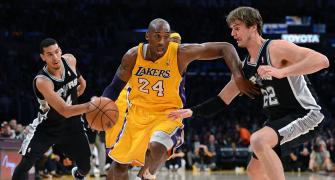