'Kobe is easily among the five greatest basketball players of all time. This is such a tragic loss.' 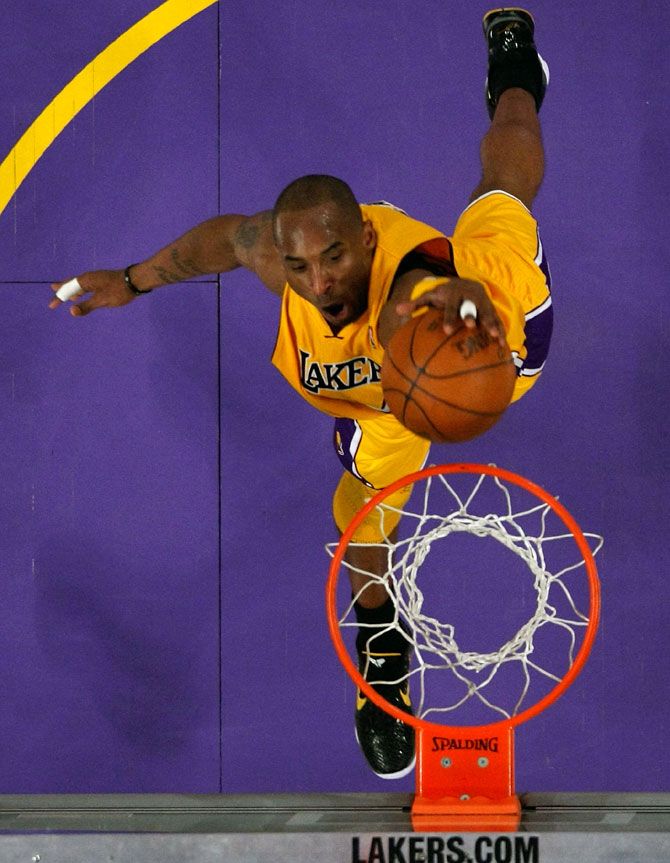 Ace photographer Atul Kasbekar, a big Los Angeles Lakers fan, was devastated when he heard the news of Kobe's death in a helicopter crash along with his daughter and seven others.

In 2018, Kasbekar bid for and became the proud owner of Kobe's Lakers jersey autographed by the great man himself.

Kasbekar tells Rediff.com's Harish Kotian how Kobe Bryant's death has left him crushed and how the legend ruled basketball in a glittering career which included five NBA titles and two Olympic gold medals.

"My photography school was in Santa Barbara and Los Angeles. So I have been to a lot of Laker games.

From the time of Magic Johnson all the way to Kobe. I played basketball at a reasonable level in India. I have been a huge, huge, Lakers fan for many years now.

Kobe's death at 41 is just a numbing shock.

I've always believed that there are some athletes and sportsmen who transcend your basic loyalties. So even if you're a Pakistani you can't help but admire Sachin (Tendulkar) and Virat (Kohli).

You could be a manic Boston Celtics fan which are the hated rivals of the Los Angeles Lakers. But you have to grudgingly admire people like Kareem Abdul Jabbar, Magic Johnson, Kobe Bryant, Shaquille O'Neal. You just can't help but admire these guys.

Kobe Bryant was one of those great, great, sportsman who transcended all these loyalty lines.

It is very, very, unusual that somebody plays only for one team throughout his entire career. He got drafted into the NBA because he was such a quality talent right in the middle of high school.

He skipped college and went straight out of high school to the NBA when he was 18, which is ridiculous because basketball players get into their prime in their late 20s and early 30s.

So he was a kid playing against people like Michael Jordan and holding his own.

To play for one team for your entire career of 20 years is unheard of, it's just very, very rare. He won five NBA championships, and God knows how many other awards, scoring titles.

All around, he just had the most awesome game -- defence, attack... he was very, very fast.

He was absolutely clinical in his finishing and was a joy to watch.

With Kobe from very early on, you could see that he was anointed for greatness.

And what happens with the great ones is when the chips are down, when they have to innovate with three seconds left on the clock, the other team knows that the ball is going to come to Kobe and Kobe will take the shot.

Kobe will get the ball and Kobe will still make the shot.

Kobe and Michael Jordan, they were leaders on the court.

What happens, especially in the NBA play-offs in the finals, it comes down to a few plays because the teams are so evenly matched. Very rarely are the matches a blowout in any one direction.

And when it's crunch time, you know, this guy is going to get the ball and he is going do something with it.

Either you make a great play and score yourself or you attract all the defence towards you, find the open man and have one of your team mates score.

There is a certain inevitability about this kind of greatness. 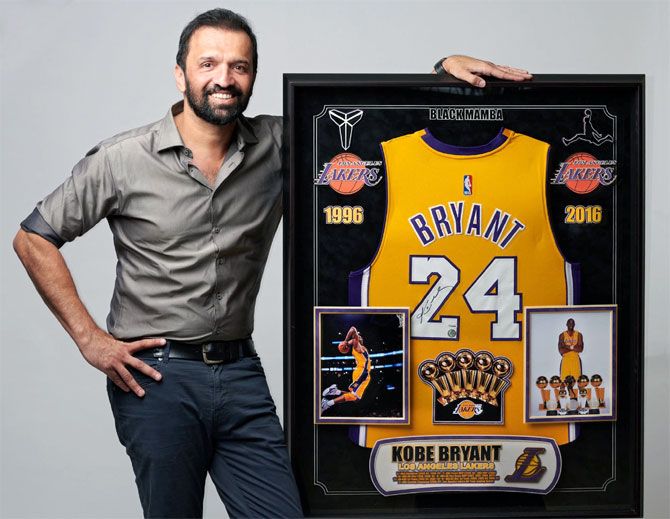 The legend status comes from this guy who had ice in his veins. He was the go to person when it was critical. You knew at the back of your head that you can still go and do this.

Kobe has only only one less ring (NBA title) than the great Michael Jordan. Jordan has six, Kobe had five.

He is easily among the five greatest basketball players of all time.

This is such a tragic loss. There are so many lovely pictures of him and his daughter, obviously they were very close. He was coaching her team, and it is just so sad that this happened.

For me, the most magical things are the NBA championships with him and Shaq (Shaquille O'Neal) playing together.

There is a great line where Kobe says, 'Pain doesn't tell you when you ought to stop. Pain is the little voice in your head that tries to hold you back because it knows if you continue you will change.'

It is a very inspirational thing to say because the guy faced a lot of hardships in terms of his personal life, his equation with Shaq.

There were always people telling him 'you are the better one' because they were two great players. But basketball is not an individual sport like tennis. It is not just you, you have four other players on court to deal with. So for him to have a 20-year career from 18 to 38 is not a joke.

There are a lot of life lessons which go beyond the game. For me, sport teaches you how to deal with life. How you behave on the sports field carries how you are in your personal conduct with people, in business and in ethics.

I have always taken sport as a learning and from Kobe just the sheer resilience of being motivated to stay on the top for two decades in a very physical contact sport like basketball." 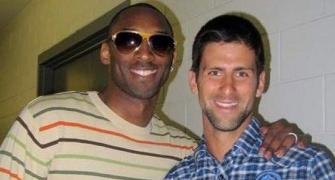 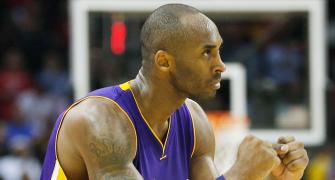 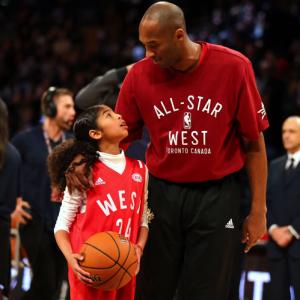 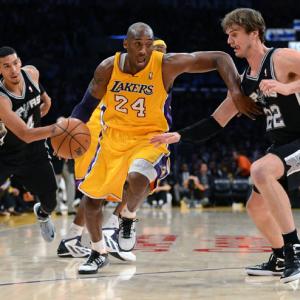