Joginder Sharma, who was a member of India's Twenty20 World Cup-winning squad in 2007, was seriously injured on Thursday when his car rammed into a BPO vehicle in Dwarka in south-west Delhi.. 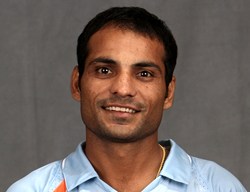 Sharma, 28, and his friend, a Haryana Cricket Association official, were near a Metro station in Sector 21 when a

Tavera ferrying BPO employees, which was ahead of them, suddenly applied brakes at a speed breaker, police said.

The cricketer's car rammed into the BPO vehicle, critically injuring him and his associate, they said.

Sharma, who was apparently driving, suffered head injuries and was taken to a private hospital in the area. He was later shifted to another hospital  in Pashim Vihar where he underwent a surgery.

He is in the ICU. The other injured is also undergoing treatment at the hospital, they said.

The accident occurred at around 4 PM and the BPO vehicle escaped after the crash, police said.

Sharma became famous for dismissing Pakistan's Misbah-ul-Haq in the last over of the final of the inaugural ICC Twenty20 World Cup in South Africa to take India to victory.

The 28-year-old has not played for India since but is a part of Chennai Super Kings in the Indian Premier League. 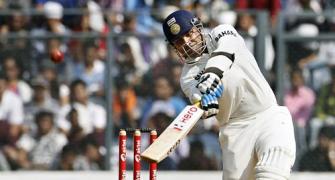 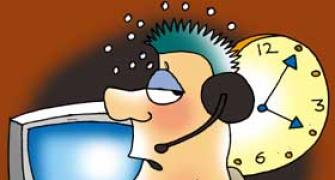 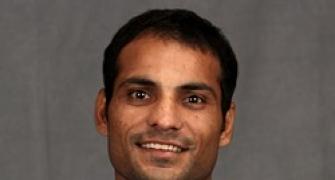