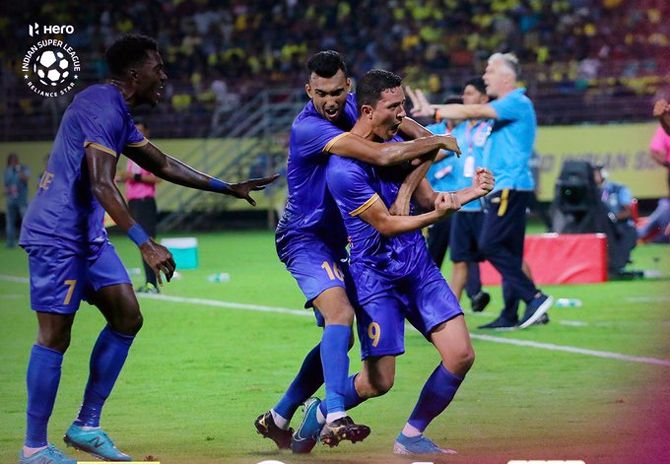 The teams had several half chances to break the deadlock but lacked the end product for most of the game until Chermiti's smart 82nd-minute finish settled the contest.

While the result meant Mumbai started their season with a win, it was also their first-ever victory over Kerala Blasters in Kochi.

Kerala Blasters struggled to test Amrinder Singh early on while Mumbai resorted to aerial balls and floating crosses into the box at the other end.

A Diego Carlos cross into the box from the right flank in the 10th minute had the home defence under pressure but Mohamed Larbi's weak header fell straight into the hands of goalkeeper Bilal Khan.

Mumbai continued to threaten and Carlos outpaced Jessel Carneiro on the right flank again in the 19th minute. This time around the former FC Pune City player attempted a powerful strike from a tight angle, forcing Bilal Khan to come up with a reflex save at his near post.

At the other end, a foul by Souvik Chakrabarti allowed Sergio Cidoncha to swing a free-kick into the box from the left a few minutes later. Bartholomew Ogbeche got to the end of it at the far post but headed wide from close.

The hosts had another chance at the stroke of half-time when Cidoncha whipped another one in from a similar position, but Jairo's powerful header was saved by Amrinder Singh at the near post.

Mumbai started well after the change of ends and went close in the 53rd minute. Larbi's cross from the left found Modou Sougou unmarked in the centre of the box but the Senegalese striker's first-time shot flew wide.

The game continued to swing from one half-chance to another at both ends. Minutes after the hour mark, a Cidoncha corner was headed clear by the Mumbai defence, straight to Carneiro, who unleashed a thunderous, outside-the-boot strike that flew just over Amrinder's goal.

Just when it seemed like the spoils would be shared, Chermiti stunned the Kerala crowd with a late goal.

Souvik Chakrabarti played a low cross into the box from the right flank which the Kerala defence failed to clear. The Tunisian striker, who was waiting in the centre, slotted the ball into the net with a fantastic first-time shot.

In a last-gasp attempt to get back into the game, Ogbeche latched on to a chip by Sahal Abdul Samad inside the box but the Nigerian's swivelling strike from close-range was miraculously saved by Amrinder as Mumbai returned home with three points. 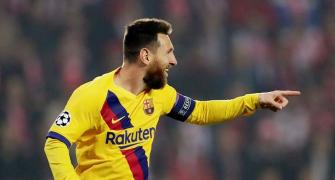 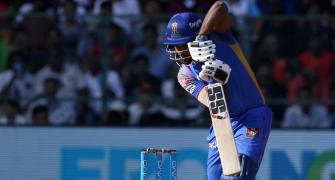 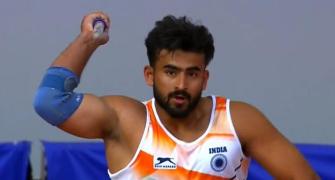 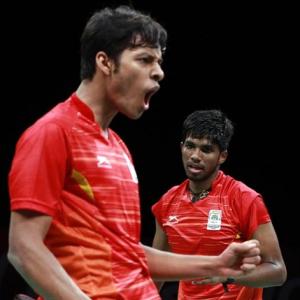