'That is what I made clear that we are moving on and giving opportunities to youngsters and see that they establish themselves in the side.'

Chairman of selectors MSK Prasad admitted that the selectors are looking beyond former captain Mahendra Singh Dhoni, while making it amply clear that Rishabh Pant is the first choice wicketkeeper for India in the limited-overs' format.

"Post World Cup I have been very, very clear on this that after the World Cup we have started backing Rishabh Pant and we will still back him and see that he progresses well," Prasad said, after picking India's squad for the upcoming T20I and Test series against Bangladesh next month.

"He might not have had the best of matches which is what was expected of him, but we can only make a player by backing him. We are very, very confident that he will come out successful and this is a clear thought process that post World Cup. We are focussing on Rishabh Pant only," he added.

Dhoni took a sabbatical from cricket following India's exit from the World Cup in the semi-finals in July. He made himself unavailable for the tour of the West Indies in August as he took a two-month break to serve the Parachute Regiment of the Territorial Army, where he is an Honorary Lieutenant Colonel.

The 38-year-old also missed the home series against South Africa during the break. On Thursday, he was not picked for the two-match T20I series against Bangladesh.

The selectors also included Kerala wicketkeeper-batsman Sanju Samson, who can also keep wickets if needed, in the T20I side.

Asked if the selectors have moved beyond Dhoni, Prasad replied: "That is what I made clear that we are moving on and giving opportunities to youngsters and see that they establish themselves in the side. With Rishabh Pant doing so well, and even Sanju Samson coming into the side, I am sure you will understand our thought process."

Interestingly, Sourav Ganguly, after being elected BCCI president on Wednesday, categorically stated that he would have a word with Dhoni, whom he called 'one of the greats of Indian cricket'.

The former India skipper also asked Dhoni to take a cue from his career, during which he made a comeback to the Indian team from a position of no-hope following the Greg Chappell saga.

"It depends on him (Dhoni). Even when I was left out and when the entire world said he will never make it, I believed in myself and came back and played for four years. Champions don't finish quickly. I don't know what is in his mind, what he thinks about his career. We will leave at that. He is one of the greats of the game. Over a period of time his achievements, when you sit down and take note, you say wow. So, when I am around, everybody will be respected," Ganguly had said on Wednesday.

"I haven't spoken to him yet. I have just taken over today. Hopefully we will meet soon and have a word with one of the greats of Indian cricket."

But Prasad seems to have made up his mind.

Asked if Dhoni could come back to the Indian team by performing in domestic cricket, Prasad did not sound too interested with the thought.

"That is pure, his personal (choice), going into domestic cricket and getting his touch back or thoughts about retirement. We have already laid the roadmap for the future and you can see that in the way we are selecting the team." 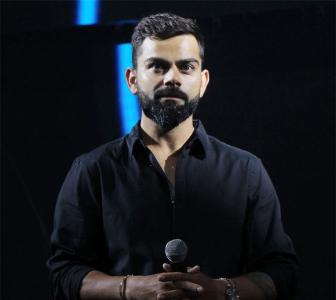 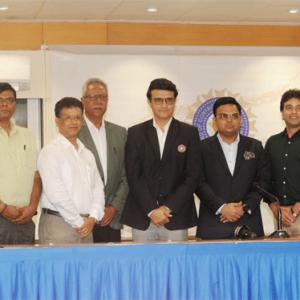 BCCI treasurer: What is ICC without the Indian board?