Initially the Commonwealth Games Organising Committee had considered giving the whole catering contract to Indian Railway Catering and Tourism Corporation as cost-cutting measure but the proposal could not materialize as IRCTC made inordinate delays in responding, the OC said on Saturday.

"In the first tender it was proposed that everybody will be served hot meals during the Games, but the cost for that was estimated Rs 700-800 per head, which was not only unbearable but also unjustified," OC joint director general Sanjiv Mittal said in New Delhi.

"Then we scrapped the tender and considered the name of IRCTC, but they did not understand our requirements and delayed to respond," he added.

Following months of delay and a controversial cancelling of bids, the OC on Friday awarded contracts for the catering services to four different companies, with IRCTC bagging only one cluster.

The OC also assured that the kitchen for the quadrennial event will be ready by September 16 and it would prepare as many as 36,000 meals per day during the Games.

"The kitchen would be ready by September 16," said OC special director general G G Thomas, who was also present on the occasion.

Source: PTI© Copyright 2021 PTI. All rights reserved. Republication or redistribution of PTI content, including by framing or similar means, is expressly prohibited without the prior written consent.
SHARE THIS STORYCOMMENT
Print this article
OC not crashing by BCCI's refusal: Kalmadi 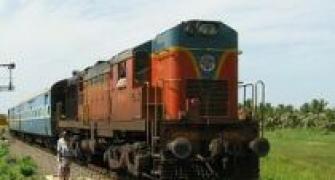 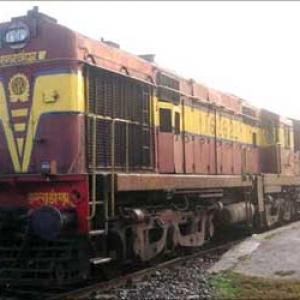