Calling the working agreement between Hockey India and the Indian Hockey Federation a "bizarre live-in relationship", IOA acting President Vijay Kumar Malhotra on Tuesday said the two federations for one discipline will never be accepted.

"We don't want to open a Pandora's Box which will lead to total chaos in Indian sports," Malhotra said.

After a marathon eight and half hour meeting on Monday among HI, IHF and Sports Ministry officials, it was agreed that the two bodies will work under an arrangement which will continue till December 2012. However, there was no merger between the two bodies.

Emphasising that the IOA (Indian Olympic Association) will only recognise one federation for one game, Malhotra said, "Unless a unified body is formed to run hockey, it will not be acceptable."

"IOA will never accept two co-chairpersons for one federation. This is not feasible and workable," he said.

Lashing out at the Sports Ministry, the president said the agreement was a blatant act enforced by Sports Minister Ajay Maken as he wanted to earn some brownie points.

"In his bid to be seen as a minister in action, he has become minister in distortion," Malhotra said.

"How can two separate entities run a single sport?" he asked, adding that the sports ministry should have pondered over it before hailing it as a "significant way forward".

Stating that the IOA is disturbed with the current agreement as it will destablise sports in the country, Malhotra said, "As per the agreement, IHF and HI will continue fighting the court cases, and will have their own executives.

"Then how will the game be administered in case of a dispute between the two factions? If anybody has any complaint, it should be referred to the IOA Arbitration Commission," Malhotra stated.

Insisting that the agreement, instead of uniting the warring factions, would give ideas to disgruntled elements in other sports federations, Malhotra said this arrangement strengthens IOA's stand that government should not interfere in the affairs of sports bodies.

"This so called skewed agreement also strengthens IOA's stand that government should steer clear of interfering in the affairs of sports bodies."

He also said the IOA will never be a party to the dismemberment of National Sports Federation (s) which this agreement signals at.

"It is laughable and highly incredulous to call such an agreement good for Indian sports," Malhotra said.

"IOA functions under the Olympic charter, it is there to protect the interest of Indian sports, to defend the autonomy of the NSFs and this agreement is violation of all that IOA stands for," he added.

Complying with the directives of the International Olympic Committee, the IOA on Monday constituted the Indian Court of Arbitration for Sports to settle all sports-related disputes in the country.

The ICAS will have eight members -- all retired justices of higher judiciary -- including former Supreme Court judge A R Lakshmanan. 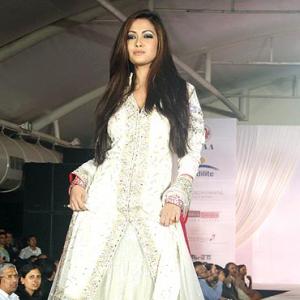