Goran Pandev helped Inter Milan recover from two goals down to draw 2-2 at Bari on Saturday in another remarkable display of resilience by the Serie A leaders. 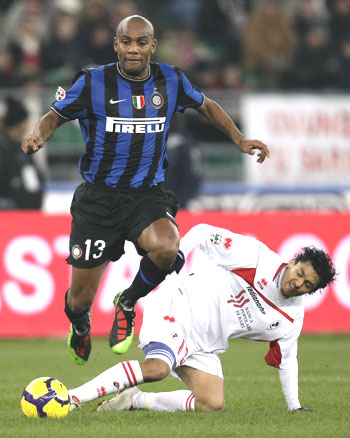 Jose Mourinho's side, who won 4-3 against Siena last weekend having looked beaten, went behind to two Paulo Barreto penalties in the second half but stormed back despite missing several injured first team players.

Former Lazio striker Pandev kept his cool to net his first Inter goal and then won a spot kick which Diego Milito converted to increase their lead over next weekend's opponents AC Milan to nine points.

Second-placed Milan, who have another game in hand, host bottom side Siena on Sunday.

"We all knew this was a difficult game. We gave everything to recover. We could even have won but a draw's OK," Macedonia's Pandev, who signed earlier this month, told Sky television.

Bari, ninth in the table, have looked far from overawed in their return to the top flight this season and quickly took the game to the champions.

Their attractive approach was rewarded on the hour when Inter defender Walter Samuel handled the ball when sliding in to stop Riccardo Meggiorini's cross, allowing Brazilian Barreto to slam in the spot kick.

Barreto celebrated by holding up the shirt of team-mate Andrea Ranocchia, whose season has been ruined by injury just when he was threatening a late bid for Italy's World Cup squad.

He was back on the scoresheet just three minutes later, this time slotting the ball into the other corner after Lucio had recklessly brought down Alessandro Parisi.

Inter had only created a few half chances but quickly woke up from their slumber when Pandev latched on to Mario Balotelli's deflected shot to score after 68 minutes.

He was then hauled down in the 74th by Leonardo Bonucci, who was lucky to avoid a red card, and Milito did the rest.

Cagliari earlier moved up to sixth with a comfortable 3-0 win over Livorno in Sardinia.

Joaquin Larrivey headed in a free kick after three minutes and then netted a superb chip from outside the area at the start of the second half before Jeda's header wrapped up the win.

Cagliari, whose president Massimo Cellino has been linked in the media with a bid for English premier League team West Ham United, are unbeaten in four league games.

© Copyright 2022 Reuters Limited. All rights reserved. Republication or redistribution of Reuters content, including by framing or similar means, is expressly prohibited without the prior written consent of Reuters. Reuters shall not be liable for any errors or delays in the content, or for any actions taken in reliance thereon.
Related News: Paulo Barreto, Bari, Goran Pandev, Inter Milan, Milito
COMMENT
Print this article 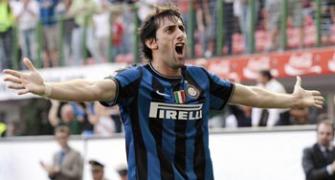 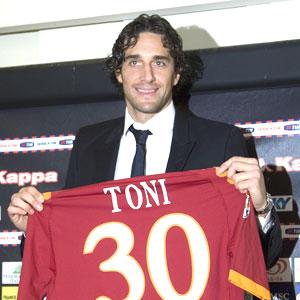