US Open champion Marin Cilic has withdrawn from next week's Brisbane International with a right shoulder injury, the Croat opting to sit out the Australian Open warm-up event to recover fully ahead of the season's first Grand Slam. Despite the world number nine's withdrawal, a strong field is expected for the event, including Roger Federer, Kei Nishikori, Milos Raonic, Grigor Dimitrov and Juan Martin del Potro, who have all confirmed their participation.

Cilic's no-show has opened the way for Australian world number 75 Marinko Matosevic to join compatriots Lleyton Hewitt, who beat Federer in this year's final, Bernard Tomic and Thanasi Kokkinakis in the men's draw.

"Very sad I had to withdraw from @BrisbaneTennis tournament. At least happy for my friend #matosevic who got in instead of me," Cilic, 26, tweeted upon announcing his withdrawal.

"It's unfortunate Marin won't be fit to compete in Brisbane and we wish him all the best for his recovery," tournament director Cameron Pearson said in a statement.

"(But) with a strong local contingent and some of the biggest international stars all coming to Brisbane, it's certainly shaping up to be another great tournament."

The Australian Open starts in Melbourne on January 19.

© Copyright 2021 Reuters Limited. All rights reserved. Republication or redistribution of Reuters content, including by framing or similar means, is expressly prohibited without the prior written consent of Reuters. Reuters shall not be liable for any errors or delays in the content, or for any actions taken in reliance thereon.
Related News: Marin Cilic, Roger Federer, Brisbane International, Juan Martin del Potro, Bernard Tomic
SHARE THIS STORYCOMMENT
Print this article 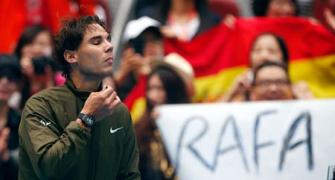 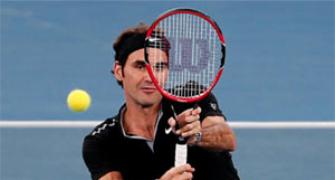