East Bengal's chance to stay in contention for the title race ended after they were held to a 2-2 draw by Dempo FC in the 25th round of the I-League played at Tilak Maidan Stadium in Vasco on Saturday.

East Bengal, who led 1-0 at half time, scored through Penn Orji in the 17th minute. 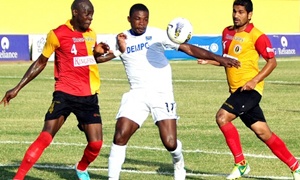 Dempo who were unable to breach the rival defence in the first half found the equaliser through substitute Joy Ferrao in the 48th minute.

Substitute John Menyongar then put Dempo ahead in the 74th minute before Ishfaq Ahmed, also a substitute, restored parity for the East Bengal in the 83rd minute. 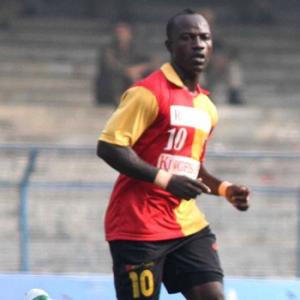