News
Business
Movies
Sports
Cricket
Get Ahead
Money Tips
Shopping
Sign in  |  Create a Rediffmail account
Rediff.com  » Sports » I don't ask about location or opponent when it comes to playing for India: Paes

I don't ask about location or opponent when it comes to playing for India: Paes 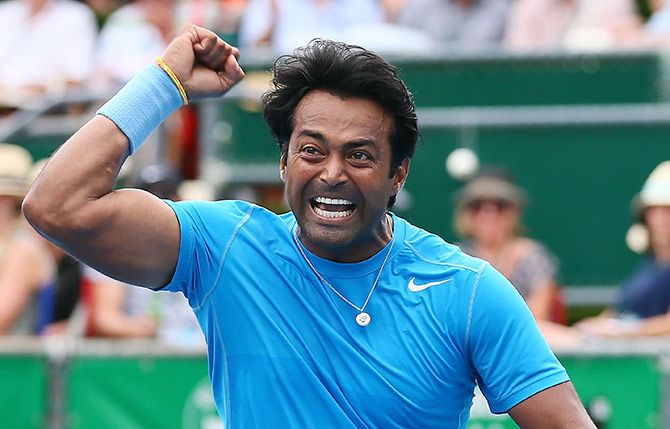 IMAGE: Paes said the harsh cold conditions will be a test for the Indian team. Photograph: Simon Watts/Getty Images

Worrying about the venue is never an option when it comes to playing for India, asserted Leander Paes, days after several of his colleagues expressed reservations about travelling to Islamabad for their Davis Cup tie.

A number of top players and captain Mahesh Bhupathi had refused to play in the Pakistan capital due to security concerns but Paes, along with Saketh Myneni and Jeevan Nedunchezhiyan, were available.

All three are now part of India's Davis Cup squad which will travel to Nur-Sultan for the November 29-30 tie, the winner of which will compete in the 2020 World Group Qualifiers.

"I am very pleased to be playing for the country again. My job is not to worry about the location or the opponent, my job is to put my best foot forward. Given the circumstance, part of my job was to motivate the youngsters," Paes said after a practice session.

"We did not want India to either default or forfeit this tie. When it comes to playing for India, I don't ask where and who my opponent is," he added firmly.

Does it mean that Paes was not worried about his safety in Pakistan?

"Regardless of where we play, we do due diligence to make sure safety of the team is there. That being said, I knew that once venue was decided, players were picked, homework was being done and right measures were taken for us to play."

It was widely believed that Paes had played his last Davis Cup tie for India when he got the record-shattering 43rd doubles win while playing against China in April 2018.

He was not considered for selection after that. However, the AITA had to fall back on the iconic player when the country's top doubles player Rohan Bopanna refused to travel to Islamabad and Divij Sharan was unavailable due to his wedding reception.

For the 46-year-old legend, the season was already over as he had not played since the US Open in September and the Davis Cup call did catch him by surprise.

"There were a lot of rumblings going on behind the scene in the Indian tennis fraternity that Leander has played his last davis Cup tie but for me playing for my country has been greatest honour. It (the call) caught me off guard but I had enough time to prepare and I have done so."

Despite the other top players' willingness to play in Kazakshtan's capital, the AITA rewarded Paes, Myeni and Jeevan by picking them in the squad.

"It has been a bit of roller-coaster but I am pleased we have brought the best team forward, going into this tie. As athletes, as patriots, our job is to play for. All things happening around tennis is not our focus. Out focus is to make ourselves ready to play for country and win."

Pakistan will be without their top players Aiam-ul-haq Qureshi and Aqeel Khan, who pulled out in protest against shifting of the tie, but Paes is optimistic that the senior Pakistan players will change their mind and turn up for the matches.

"I don't think you can take that for granted because as we sit here and talk, they can change their team. Aisam and Aqeel still could come. I have had great relationship with both.

"But every human being has their own evaluations and viewpoints. That's not my call to make. All I know is when it comes to playing for country, whether it was Islamabad or anywhere in the world, I am ready."

"Until November 28, teams can be changed. Regardless of who you are playing, as athletes we never underestimate the players we are playing."

Paes said the harsh cold conditions will be a test for the Indian team.

"The conditions are going to be so rough. It's minus 29 today in Astana (Nur-Sultan). It's brutal, I don't think our players have played in such conditions. This is by far the toughest, weather wise. We have to be smart about fitness there."

Paes is most likely to be paired with left-handed Jeevan Nedunchezhiyan for the doubles and he was all praise for his new partner.

"Left-right combination is always good. Jeevan brings lot of energy, communicates well. He thrives in team environment and these are the kind of guys, you need in the Davis Cup team."

"The most important part of the team is the team and each individual plays their role to enhance the team and Jeevan does a good job like that."

"Whether it's talking with Ram in Tamil or us three teasing each other, his close relationship with Bala."

Paes also praised captain Rohit Rajpal and coach Zeshan Ali for their role in putting together a team at a short notice. 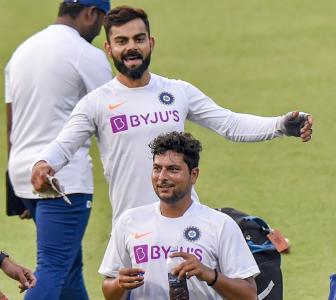 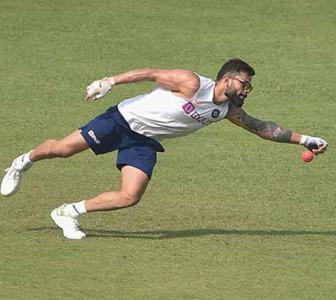 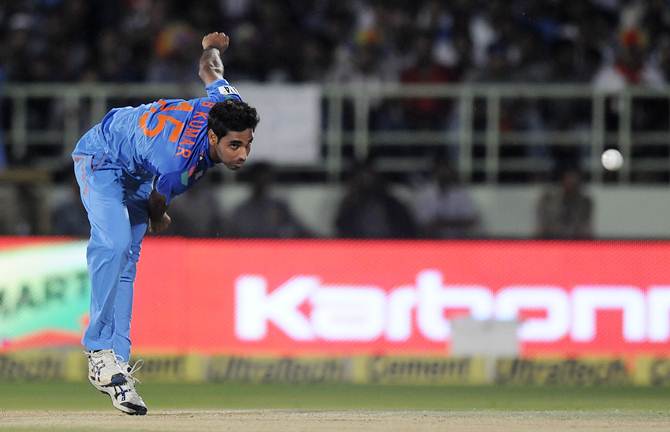 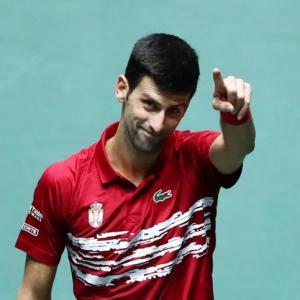