News
Business
Movies
Sports
Cricket
Get Ahead
Money Tips
Shopping
Sign in  |  Create a Rediffmail account
Rediff.com  » Sports » I do what I want, says Kyrgios after breaking Wimbledon dress code

I do what I want, says Kyrgios after breaking Wimbledon dress code 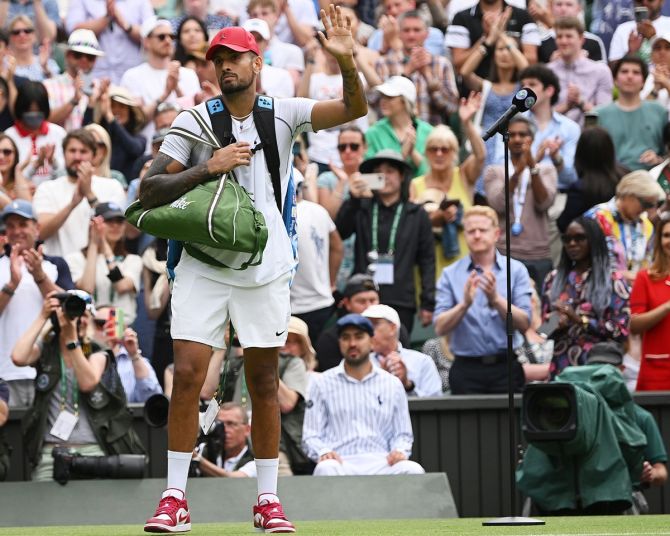 Even on a day when his on-court behaviour was exemplary, Nick Kyrgios could not resist poking his nose at authority and Wimbledon's all-white clothing rules.

The 27-year-old Australian has already picked up two fines so far at the tournament and could face another after walking on court wearing red trainers for his fourth-round match against Brandon Nakashima on Centre Court on Monday.

He played in white shoes but after his five-set win changed back into the red ones and also wore a red cap while doing his on-court interview, having donned a white one during the match.

Asked afterwards why he had deliberately broken the rule stating that players must wear all white on court, the Australian offered a curt response.

"Because I do what I want," said Kyrgios, who is into the quart-finals for the first time since his debut in 2014.

Kyrgios has been fined a total of $14,000 for two offences -- spitting towards a fan after his first-round win and then for swearing in a fiery third-round clash with Stefanos Tsitsipas. 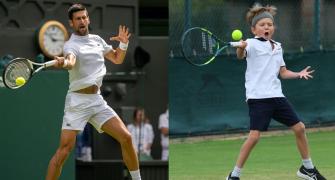 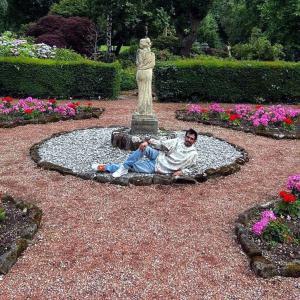 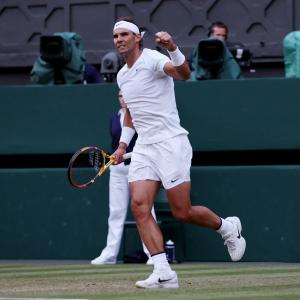