IMAGE: Like a stern headmaster, a clearly irritated Rafael Nadal beckoned Lorenzo Sonego to the net and gave him an earful about the etiquette of tennis in front of 15,000 wide-eyed fans and a global audience of millions. Photographs: Julian Finney/Getty Images

Playing Rafael Nadal on clay is considered to be one of the most frustrating challenges in tennis. On Saturday's evidence, playing him on grass can be just as infuriating - just ask Lorenzo Sonego.

The Italian had boldly talked up his chances of halting the Spaniard's charge towards a rare calendar-year Grand Slam by declaring "Grass is the best surface to meet him."

The 27th seed was left with egg on his face, and a public reprimand, after being on the receiving end of a 6-1, 6-2, 6-4 hammering that mercifully lasted only two hours.

While Wimbledon has not been a happy hunting ground for the 2008 and 2010 champion on many occasions, with Nadal losing to unheralded opponents within the first two rounds in 2012, 2013 and 2014, any hopes that Sonego had in adding his name to that list of little-known conquerors were brutally quashed. Nadal dazzled in just about every department on Saturday.

His serve was on fire as he lost only two points on his delivery -- that too through double faults -- in the opening set.

He turned mishits into winners and his usually troublesome feet, which required anaesthetic injections to carry him to a 14th French Open title last month, seemed to have found a new lease of life as he raced around Centre Court.

But Saturday's showdown will not be remembered for any of that.

Instead it will be remembered for the one moment when, like a stern headmaster, a clearly irritated Nadal beckoned Sonego to the net and gave him an earful about the etiquette of tennis in front of 15,000 wide-eyed fans and a global audience of millions.

And what exactly had upset the usually calm and polite Spaniard?

A loud grunt made by Sonego in the middle of a rally in the eighth game of the third set seemed to have tipped Nadal over the edge, especially since the Spaniard ended up losing his serve for the first, and only, time in the match. That ticking off was followed up by another lengthy exchange at the net once Nadal had wrapped up the win, with a visibly upset Sonego trying to understand exactly what he had done wrong.

But once they stepped off court, Nadal was quick to own up to his mistake.

"I have to say that I was wrong. I should not (have) called him to the net. So I apologise for that. My mistake... I recognise that," said the 36-year-old, who will next face Dutchman Botic van de Zandschulp, as he looks to move another step closer to a 23rd major title following his triumphs in Melbourne Park and Roland Garros this year.

"All the stuff (after) the match that I don't want to comment because I spoke with him in the locker room and it stays there. Only thing I can say is I saw him personally. I apologise for that.

"My intention was never to bother him at all. Just to tell (him) one thing that was bothering me that I think he was doing in that moment, but that's it. I think there is some codes between players. We had some issues there. But that's it." 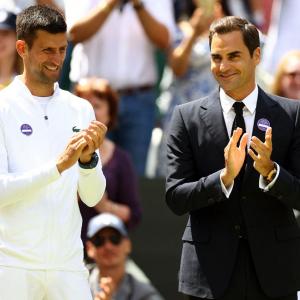 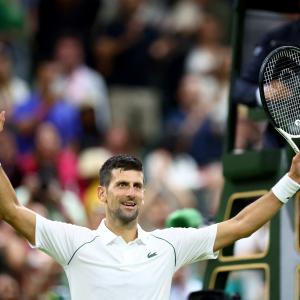