SEE: How Chhetri became one of India's greatest footballers

Former Mohun Bagan coach Subrata Bhattacharya thought Sunil Chhetri will not be able to 'score would not be able to score goals' when he first appeared for a trial. 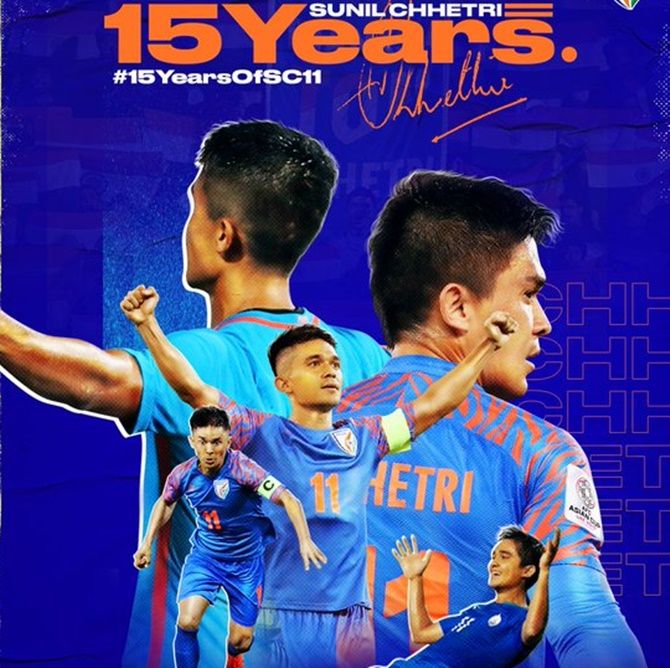 Sunil Chhetri is already one of the greats of Indian football but when he first appeared for a trial at the iconic Mohun Bagan, its coach Subrata Bhattacharya saw only "hints of promise" in the diminutive striker who "would not be able to score goals".

Just after clearing his class 12 examination, Chhetri was called for a trial with the top Kolkata club in 2002. He was just 17 then. He had earlier said that he was shocked when he was offered a three-year deal by Mohun Bagan, his first professional contract.

"It was a fateful morning some 17 years ago when I walked into the Mohun Bagan ground where a bunch of young players had gathered for club trials. It was a common feature as the club always wanted to Catch ‘em young.

"And from a distance when I looked at them, the gathered lot seemed no different from the so many trials that I had attended as a coach," Bhattacharya said.

He did not see anything special in Chhetri back then.

"When you are assessing young footballers -- perhaps once in a lifetime, a player would come along to lift your heart. I probably did not feel that way that morning.

"But what I did see were two teenagers who showed hints of promise, and loads of desire, and ambition. Those two kids were Sunil Chhetri and Subrata Paul," Bhattacharya wrote on the All India Football Federation website.

The 67-year-old, a towering former India and Mohun Bagan defender, said Chhetri did show traits that could make him a top striker but had reservations about his goal-scoring abilities.

"He (Chhetri) had good pace, and his shooting was more than decent. What really struck me was the desire he showed. At first sight, from the perspective of a tall defender like myself, his diminutive figure did not evoke any thoughts that he would be able to get on the goal."

"But he showed an excellent reading of the game. He constantly made runs off the ball, barking at his teammates to pass the ball to him. He was just five-foot-seven, but whenever there was a set-piece, he'd stick himself right into the towering defenders."

"That really showed the most important thing a coach looks for in a player – hunger," said Bhattacharyya, who is now Chhetri's father-in-law. The 35-year-old Chhetri, who will complete 15 years in international football on June 12, went on to become India's highest goal-scorer with 72 strikes from 115 matches.

He is the second highest goal-scorer in the world among active players behind Portugal superstar Cristiano Ronaldo and Argentine maestro Lionel Messi.

On June 12, 2005, Chhetri made his India debut against Pakistan in Quetta and scored the country's lone goal in a 1-1 drawn match of the series. Bhattacharyya, who played for 17 seasons for Mohun Bagan between 1974 and 1990, also said that Chhetri was not a great dribbler of the ball but he made up for this shortcoming with other means.

"He was perhaps never really a great dribbler. However, football is a dynamic game where you need to come up with solutions with regards to how to overcome those shortcomings," he said.

"And over the years, Sunil has done it majestically. To overcome his dribbling deficiencies, he worked extensively on his dodges, which has added the extra dimension to his game. It is this attitude towards the game that has helped him achieve ...

"During the practice sessions, he was always willing to put in that extra effort. On the field, he was the coach's most obedient player. He loved challenges, and even as a teenager, he was willing to challenge the seasoned ones."

'Sunil Chhetri can play until he is 41'

Indian footballer Gurpreet Singh Sandhu believes that his Bengaluru FC teammate Sunil Chhetri, who is currently 35 years old, can play the sport until he is 41 as the latter is 'getting younger day by day'.

"I can compete with Chhetri in a race because I have bigger strides. He can play six-seven years easily. He is getting younger day by day," Goal.com quoted Sandhu as saying during an online chat show hosted by the Indian Super League (ISL).

Sandhu, who is currently in Sydney, has already begun his training for the upcoming season with another Bengaluru FC teammate Erik Paartalu. 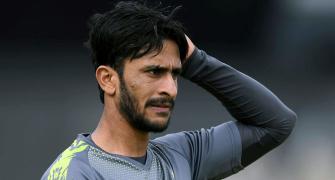 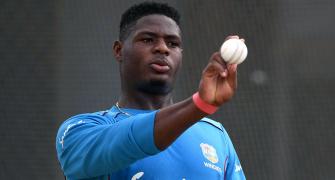 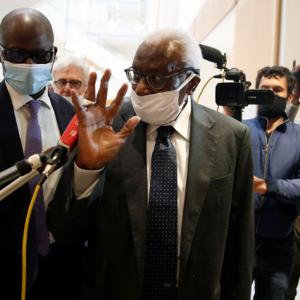