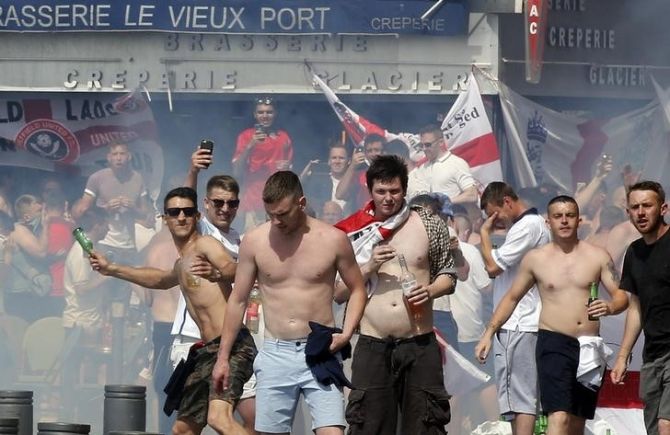 IMAGE: England supporters throw projectiles amongst tear gas at the port of Marseille ahead of the game between England and Russia. Photograph: Jean-Paul Pelissier/ Reuters.

Russian President Vladimir Putin called the football hooligan violence at Euro 2016 a "disgrace" but questioned how Russian fans could have overpowered a far larger contingent of English supporters.

"The fighting between Russian fans with the English, that is a disgrace," he said at Russia's annual economic forum in Saint Petersburg.

"But I truly don't understand how 200 of our fans could beat up several thousand English," he said, to laughs and applause from the audience.

"In any case, the treatment by law enforcement should be the same for all violators," he said.

"I hope that there are sober-minded people among them who really love sport and understand that any violation is not supporting their favourite team but damaging to the team and to sport."

Russian football hooligans have been at the heart of some of the ugliest scenes of fan violence in France since fighting erupted around Russia's opening match against England in Marseille.

A French court on Thursday sentenced three Russian fans to jail for up to two years and the Russian foreign ministry said 20 more will be expelled from the country on Saturday. Euro shame: Russian fans jailed for up to 2 years 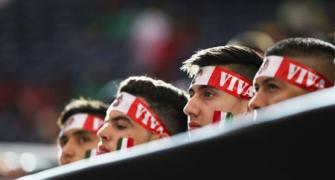 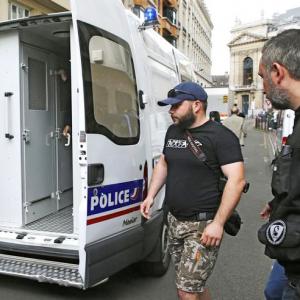 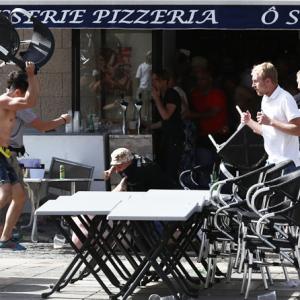