With India qualifying for the London Games after an 8-1 victory over France in the final of the qualifying tournament in Delhi on Sunday, Hockey India named 48 probables for the quadrennial event, starting July 27.

- Photos from the Olympics qualifier final

Notable omissions from the shortlist are Arjun Halappa, former captain Rajpal Singh, Gurbaj Singh, Vikram Pillay and goalkeeper Adrain D'Souza, who all were not picked for the Olympic qualifier.

The players selected will attend a series of coaching camps at SAI Centre Bangalore from March 5.

In the run-up to the Olympics, the Indian team will play various tournaments overseas. It has already received invitations for two four-nations tournaments, at Lahore and Santandar, Spain, besides Olympic Test events at London and the Sultan Azlan Shah Cup in Ipoh, Malaysia. 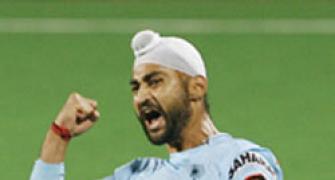 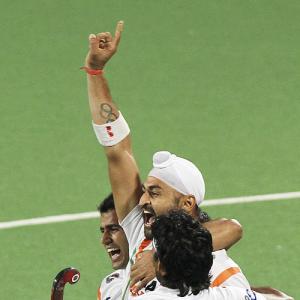