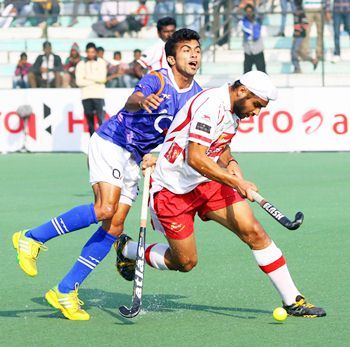 They struggled for most part of the tournament but Mumbai Magicians drew curtains on their campaign in the second Hero Hockey India League in style, defeating Uttar Pradesh Wizards 3-2 to register their second consecutive victory in Lucknow on Tuesday.

It was Mumbai Magicians' second victory in this year’s tournament, having defeated debutants Kalinga Lancers 3-2 in their previous match.

UP Wizards drew first blood in the 22nd minute through lanky striker Nithin Thimmaiah, who scored a field goal. But Mumbai Magicians made a remarkable comeback and pumped in three goals to stun the hosts.

Gurjinder Singh levelled the scores for Mumbai Magicians by converting a penalty-corner in the 31st minute before veteran Prabhjot Singh (56th minute) and captain Glenn Turner scored from field efforts in a span of six minutes to take a sizeable lead.

The Wizards, however, reduced the margin of defeat a minute later when skipper V R Raghunath was on target from a penalty-corner.

By virtue of Tuesday’s victory, Mumbai Magicians pocketed five points, finishing fifth in the six-team competition with 18 points from 10 games.

For Uttar Pradesh Wizards it was their fourth loss in HHIL 2014. They ended their league campaign with 28 points from 10 games.

UP Wizards now travel to Ranchi for their semi-final fixture on Saturday.

In the last league match of HHIL 2014, defending champions Ranchi Rhinos will play Jaypee Punjab Warriors at Ranchi on Wednesday. 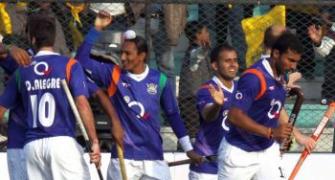 Hockey India League: UP eke out a draw against Punjab 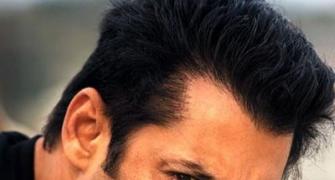 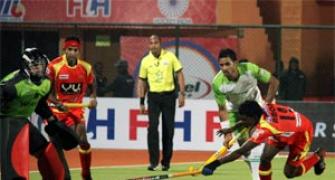 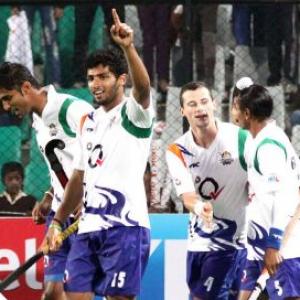 Hocky India League: UP hold Delhi to a draw 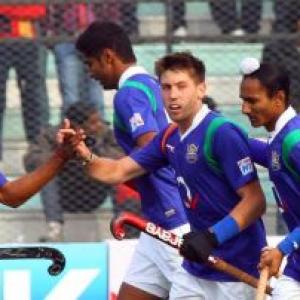