HIL: Ranchi Rhinos held to a 1-1 draw by Punjab Warriors

Jaypee Punjab Warriors and Ranchi Rhinos played out a 1-1 draw at Birsa Munda Astroturf Hockey Stadium in Ranchi in the Hockey India League, in Ranchi on Saturday.

After Malak Singh put the visitors ahead, Mandeep Singh scored a superb diving goal to bring the hosts back in the game.

Warriors had goalkeeper Jaap Stockmann to thank for keeping them in the game, with the Dutchman making at least 10 saves in the match.

Punjab Warriors started the match well, and entered the Rhinos' scoring area twice in the first five minutes. Rhinos responded by making their own move, but neither of the goalkeeper was really tested.

Warriors earned their first penalty corner in the 10th minute, when SV Sunil was checked by Kothajit. The first drag flick hit the rusher's leg, resulting in another penalty corner. The second one, struck by Christopher Cirielo, was brilliantly saved by Cortes.

Malak Singh eventually put the visitors ahead in the 14th minute. Robert Hammond made a hard long pass, and Malak was in the right place to just deflect the ball past Cortes.

Warriors played much more defensively in the second quarter and Rhinos took full advantage. They entered the Warriors circle regularly, and most part of the quarter was played in Warriors half. The equaliser just looked like a matter of time, and eventually arrived in the 33rd minute.

A good counter was started by Birendra Lakra, who gave the ball to Nick Wilson. Wilson did the spade work, attracted a number of defenders and passed the ball right in front of the goal where Mandeep Singh made a diving connection to beat Jaap Stockmann and bring the hosts right back in the game.

Rhinos could have taken the lead in the third quarter, when Ashley Jackson and Nick Wilson combined well. Nick had a clear strike on goal, which was once again beautifully saved by Stockmann in the 40th minute.

Rhinos again missed a chance of going ahead in the 52nd minute when Lakra's clever pass went to Stanley. Stanley tried to guide the ball past Stockmann, but ended up hitting it just wide.

Warriors almost took the lead in the last few seconds of the third quarter when Jamie Dwyer's cross was deflected by Malak Singh, before Cortes made a fabulous diving goal-line save.

Both teams made some good moves in the last 10 minutes. Mauris Fuertse had a chance to score for Rhinos, but his low and powerful reverse hit was kicked out by an ever alert Stockmann.

Stockmann made two more brilliant saves in the last two minutes to ensure Warriors got two points from the game. 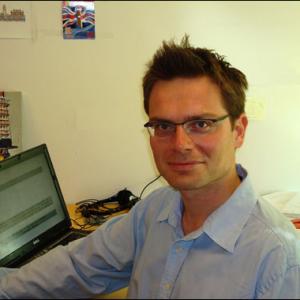