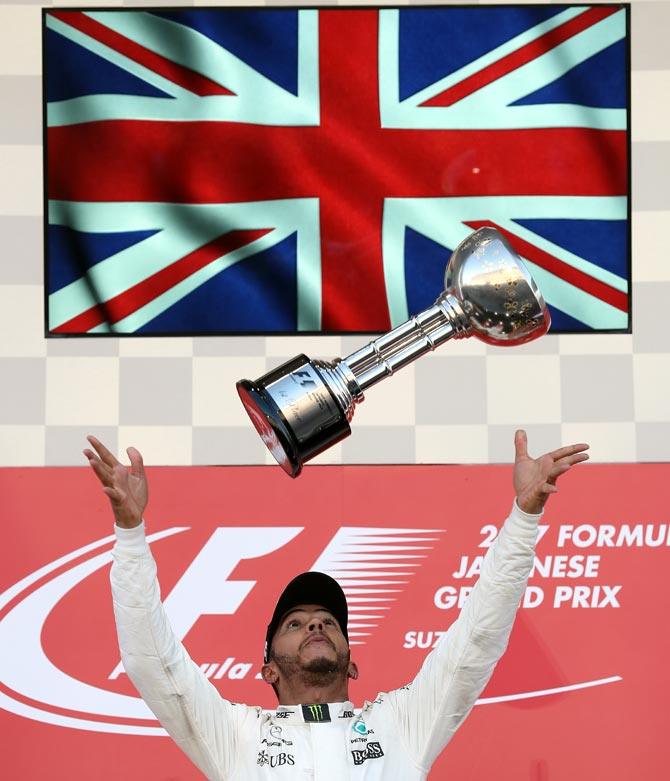 Lewis Hamilton is within reach of his fourth Formula One title on Sunday after winning the Japanese Grand Prix for Mercedes while Ferrari's Sebastian Vettel suffered engine problems and failed to finish.

The Briton, who started from pole position, crossed the line 1.2 seconds ahead of Red Bull's Max Verstappen and Daniel Ricciardo to move 59 points clear at the top of the overall standings.

Vettel made it no further than the fourth lap before retiring in the pits.

Already 34 points behind Hamilton before the start, the setback was the third in as many races for the German, whose hopes now rest on Hamilton suffering similar misfortune in the last four Grands Prix.

"I could only have dreamed of having this kind of gap," said Hamilton, interviewed on the podium by Indianapolis 500 winner Takuma Sato.

"I wouldn't say that I have one hand on it (the title)," he added later. "There's still 100 points available so I'm still going to keep the pedal to the metal." 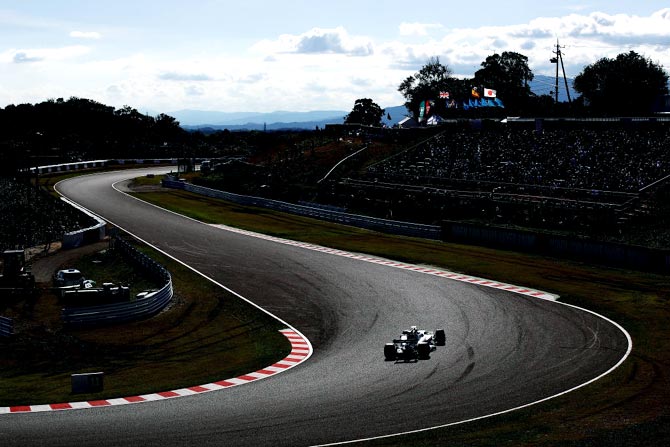 Sunday's win was the 61st of Hamilton’s career and third at the Suzuka circuit. It came a day after the 32-year-old smashed the track record to seize pole at the 5.8-km track in dominant style.

With the gap he now holds over Vettel, the 32-year-old could clinch the title as soon as the next race in Austin, Texas, on October 22.

Vettel had lined up alongside the Briton, raising the prospect of the two title rivals racing side by side to the first corner, but the Ferrari had already run into trouble before the start.

Vettel’s mechanics changed his car’s spark plug on the grid and seemed to have resolved the problem. But while he made a clean start, Hamilton chopped across to keep the lead at the first corner. 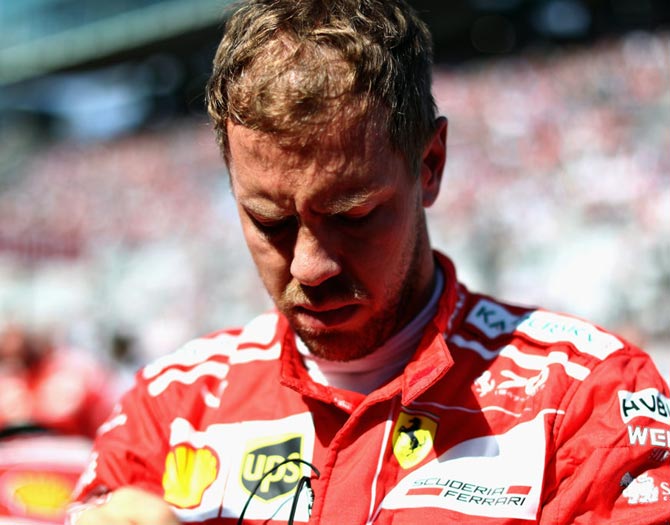 Clearly lacking power, Vettel fell back through the field before getting the call from his race engineer to retire the car.

"Of course it hurts, and we’re all disappointed," said the four times world champion, who hugged his mechanics and gave the crowd a quick wave after returning to the pits.

"For sure now you don’t look at the positives because it’s not the day to look at positives," he added.

With Vettel sidelined and Mercedes back up to speed after two lacklustre weekends, Hamilton’s afternoon should have consisted of a straightforward drive to victory but late tyre vibrations allowed Verstappen to reel him in.

For a moment it looked like the Dutchman could cause a late upset and snatch a second consecutive win to add to his triumph in Malaysia. 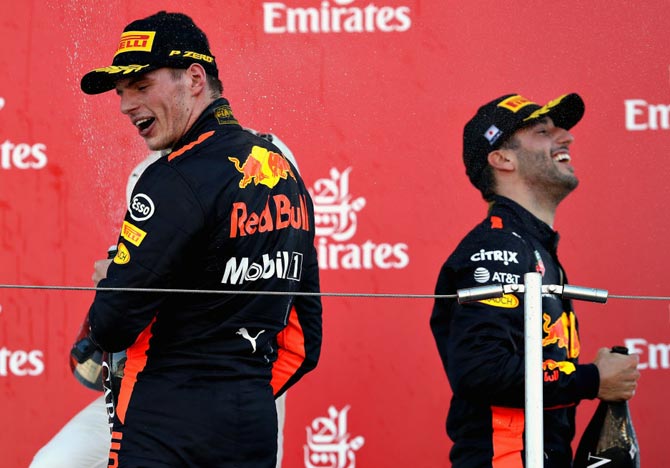 But with back markers between him and the chasing Red Bull, Hamilton hung on.

"The first half of the race was very well under control and the second part was a lot harder," said Hamilton. "I had massive understeer. I'm really grateful the car stuck in and I didn't make any mistakes."

Valtteri Bottas, who had started sixth due to a grid penalty for an unscheduled gearbox change, fought through to finish fourth for Mercedes. 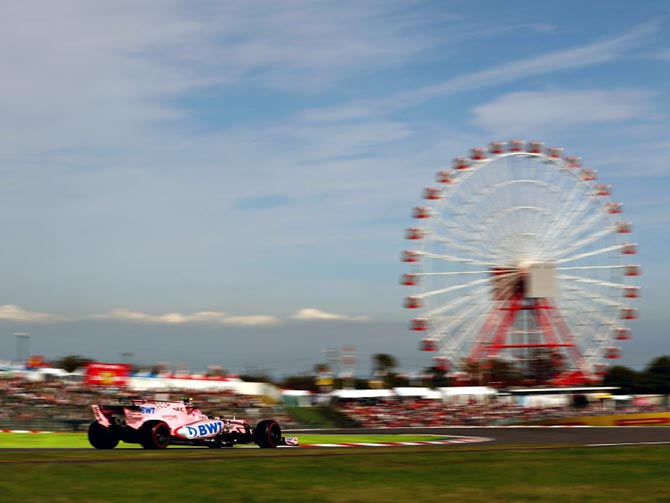 Force India’s Esteban Ocon, who ran as high as third at one stage, was sixth ahead of Mexican team-mate Sergio Perez, as the Silverstone-based team came away with another strong haul of points.

Kevin Magnussen was eighth ahead of Haas team-mate Romain Grosjean. Brazilian Felipe Massa rounded out the top 10 for Williams.

Britain's Jolyon Palmer completed his last race for Renault in 12th place. His replacement from Toro Rosso, Spaniard Carlos Sainz, was the first retirement of the day.

© Copyright 2020 Reuters Limited. All rights reserved. Republication or redistribution of Reuters content, including by framing or similar means, is expressly prohibited without the prior written consent of Reuters. Reuters shall not be liable for any errors or delays in the content, or for any actions taken in reliance thereon.
Related News: Lewis Hamilton, Sebastian Vettel, Daniel Ricciardo, Red Bull, IMAGE
SHARE THIS STORYCOMMENT
Print this article 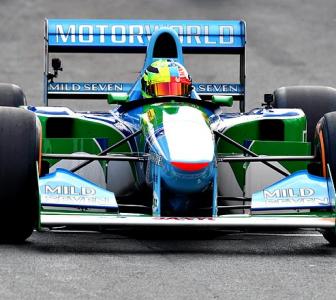 War of words between Force India drivers Perez and Ocon 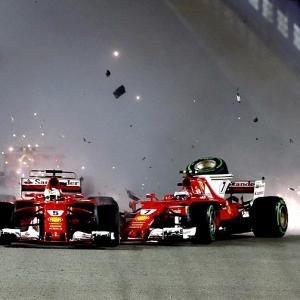