'I am playing tennis because I love to play tennis' 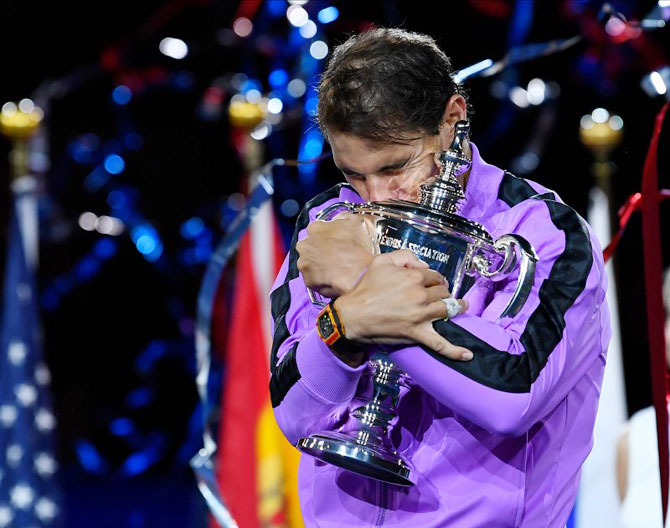 Rafael Nadal moved within one Grand Slam title of tying Roger Federer's all-time mark of 20 on Sunday but even after adding a fourth US Open to his collection the Spaniard said it was his love of the game, not records, that motivates him.

Nadal fended off a late comeback from Daniil Medvedev to win a five-set classic at Flushing Meadows, winning a 19th slam that also took him three clear of Novak Djokovic's 16 titles.

"I am playing tennis because I love to play tennis," Nadal told reporters.

"I play to be happy. Of course, the victory of today makes me super happy."

It is anyone's guess who among the 'Big Three' will finish their career with the most slams.

At 33, Nadal may have the edge on Federer, the 38-year-old Swiss crashing out of the US Open in the quarter-finals and failing to add to his Grand Slam titles since winning the 2018 Australian Open. 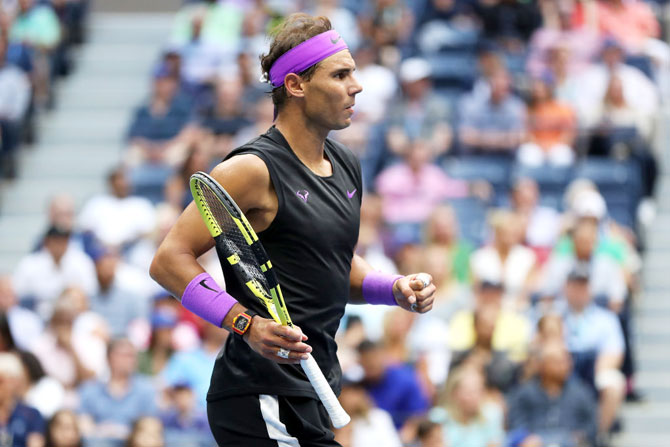 IMAGE: 'I would love to be the one who have more. But I really believe that I will not be happier or less happy if that happens or not happen'. Photograph: Matthew Stockman/Getty Images

If nowhere else, Nadal will be a hot favourite at the French Open, where he has won a record 12 titles including the last three.

He said that while he was honoured to be part of the battle to be crowned the greatest of all time, and thrilled if it attracted more fans to the game, he would still sleep well if he comes up short.

"You can't be all day looking next to you about if one having more or one having little bit less because you will be frustrated," he said.

"All the things that I achieved in my career are much more than what I ever thought and what I ever dream.

"I would love to be the one who have more. But I really believe that I will not be happier or less happy if that happens or not happen," he said.

"What gives you the happiness is the personal satisfaction that you gave your best.

"In that way I am very, very calm, very pleased with myself."

© Copyright 2020 Reuters Limited. All rights reserved. Republication or redistribution of Reuters content, including by framing or similar means, is expressly prohibited without the prior written consent of Reuters. Reuters shall not be liable for any errors or delays in the content, or for any actions taken in reliance thereon.
Related News: Rafael Nadal, Daniil Medvedev, IMAGE, Novak Djokovic, Roger Federer
SHARE THIS STORYCOMMENT
Print this article 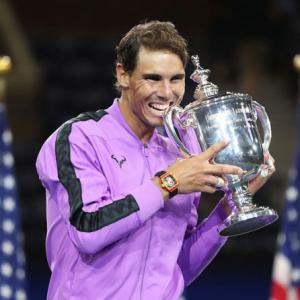 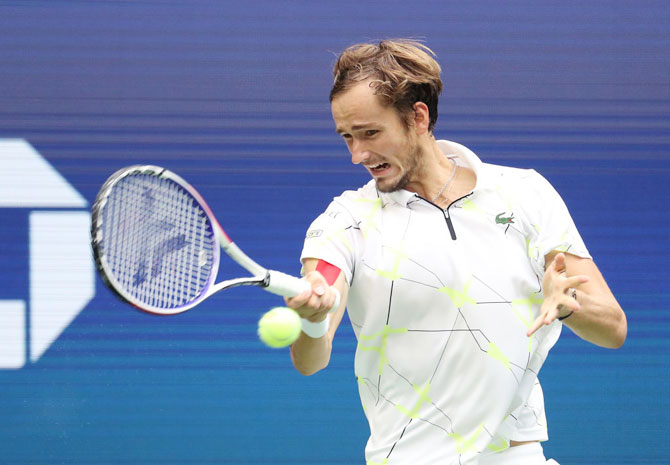