Tyson Gay overcame Olympic bronze medallist Justin Gatlin's quicker start and sped to the year's fastest 100 metres, clocking 9.75 seconds at the US trials for the World championships on Friday.

Fully fit for the first time in years, Gay took control mid-race with a dominant run to equal the 10th fastest 100m of all time. Gatlin finished second in 9.89 seconds in the race at Des Moines, Iowa. 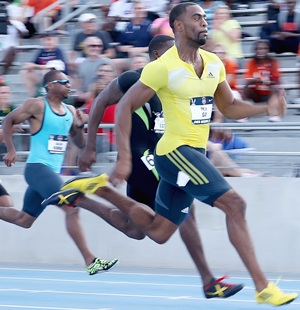 "It's been five years since I have been the US champion and it feels good to be back on the podium," said Gay, beset by injuries since winning both sprint titles at the 2007 World championships.

"I'm not as sharp as I could be but I'm healthy so that's all that counts," said Gay, who ran another 9.75, this one wind-assisted, in the semi-finals.

Gatlin, who surprised Jamaican World record holder Usain Bolt in Rome earlier in the month, said he was affected by a strained right hamstring.

"It felt good running 9.8 with a bandage on," said the 2004 Olympic gold medallist who narrowly edged Gay for the bronze medal at last summer's London Games.

Charles Silmon grabbed the third spot on the U.S. team for the August 10-18 world championships by edging Mike Rodgers by two thousandths of a second. Silmon ran 9.972 and Rodgers 9.974.

Collegiate champion English Gardner came on strong to win the women's 100 in another year-best time, 10.85 seconds, and Olympian Sharon Day delivered the top heptathlon score of the season, 6,550 points.

Haitian-born Barbara Pierre struggled to finish fifth after setting the world lead of 10.85 in the semi-finals that Gardner equalled.

The 100m hurdlers also flexed their speed, with collegiate record holder Brianna Rollins blitzing to an eye-catching but wind-assisted 12.33 seconds in qualifying.

The 2008 Beijing gold medallist Dawn Harper won her preliminary in a wind-assisted 12.60.

World record holder Ashton Eaton, taking a "play it safe" approach, trailed Gunnar Nixon after the first day of the decathlon with 4,405 points. Nixon had 4,449.

The trials continue through Sunday.

© Copyright 2020 Reuters Limited. All rights reserved. Republication or redistribution of Reuters content, including by framing or similar means, is expressly prohibited without the prior written consent of Reuters. Reuters shall not be liable for any errors or delays in the content, or for any actions taken in reliance thereon.
Related News: John Smith, Getty Images, Alexandria Anderson, Brianna Rollins, Gardner
SHARE THIS STORYCOMMENT
Print this article 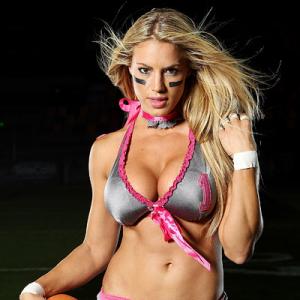 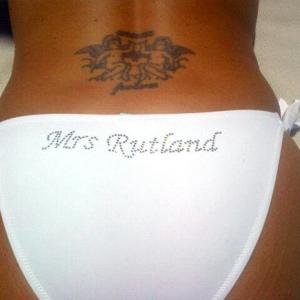