Daniel Ricciardo of Australia and Scuderia Toro Rosso looks on from the cockpit during day one of Formula One winter testing. Photograph: Mark Thompson/Getty Images

Formula One is facing fresh calls to consider closed cockpits after French driver Jules Bianchi's accident in Japan last weekend, though opinions are mixed about the potential benefits.

Cockpit covers were tested by the governing International Automobile Federation (FIA) after Brazilian Felipe Massa suffered severe head injuries when he was hit by a bouncing spring in Hungary in 2009.

In 2012, tests were carried out using a forward roll hoop -- a metal structure placed right in front of the driver -- after other experiments with a jet fighter-style canopy and windshields.

None were developed beyond the testing stage, but drivers and teams suggested at the Russian Grand Prix they could be revisited after Bianchi suffered a severe brain trauma when his Marussia crashed into a recovery tractor at Suzuka. The Frenchman remains 'critical but stable' in hospital.

"I probably tend to agree to at least check and try or test the idea," Ferrari's Fernando Alonso, a good friend of Bianchi, said of the closed cockpit idea.

"I think we are in 2014, we have the technology, we have aeroplanes, we have had many other examples that they use in a successful way so why not think about it?

"All the biggest accidents in motor sport over the last couple of years have been head injuries so it’s probably one part where we are not at the top of safety," added the Spanish double world champion. Romain Grosjean (L) of France and Lotus and Fernando Alonso (R) of Spain and Ferrari collide and crash out at the first corner at the start of the Belgian Grand Prix. Photograph: Mark Thompson/Getty Images

Alonso gave as an example the 2012 Belgian Grand Prix, where Romain Grosjean's Lotus flew into the air and skimmed over his car, missing his head by a matter of centimetres.

"I could probably have died there in corner one if it had been 10 cms closer to my head. If the technology is there and available, and there is the possibility, I would not exclude it, for sure," he said.

The problem with canopies, apart from aesthetics which offend purists in a series that has always had open cockpits, has been ensuring good visibility in poor conditions and the risk of a driver becoming trapped if a car overturns.

Red Bull's quadruple world champion Sebastian Vettel, who has a keen sense of the sport's history and traditions, said he had mixed feelings.

"I think it (open cockpits) is one of the things that are very special about Formula One," the German told reporters.

"On the other hand, as Fernando touched on, there’s a lot of reasons why we should look into closed cockpits for the future." Medical staff lift Ferrari Formula One car driver Felipe Massa of Brazil into an ambulance after he crashed during the qualification session for the Hungarian F1 Grand Prix. Photograph: Reuters

Such a cover would have probably allowed Massa to escape unscathed from his injury, with the Brazilian lucky anyway that the spring hit the helmet just above his eye rather than the plastic visor.

Whether it would have helped Bianchi, whose car had the rear rollbar ripped off in the impact with the tractor and who appears to have suffered extreme G forces, remained an open question.

"It’s a difficult one," said 2009 champion Jenson Button when asked his opinion on the cockpit debate.

"As Seb said, there are positives obviously, in terms of the safety point of view but this is Formula One that’s been open cockpit since the start of time.

"So it’s a very big change for the sport to make. Safety is something that we can always improve on so I’m sure it will be looked at whether it is possible to change or not for the future." 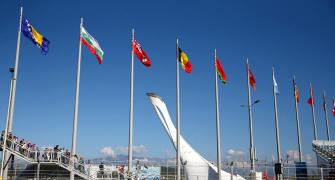 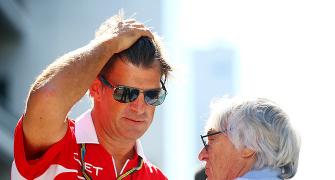 F1 Pitlane Tales: Marussia to race with one car in Sochi 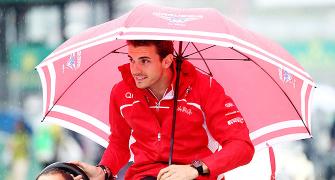 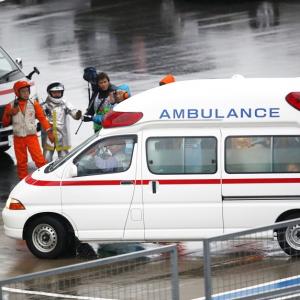