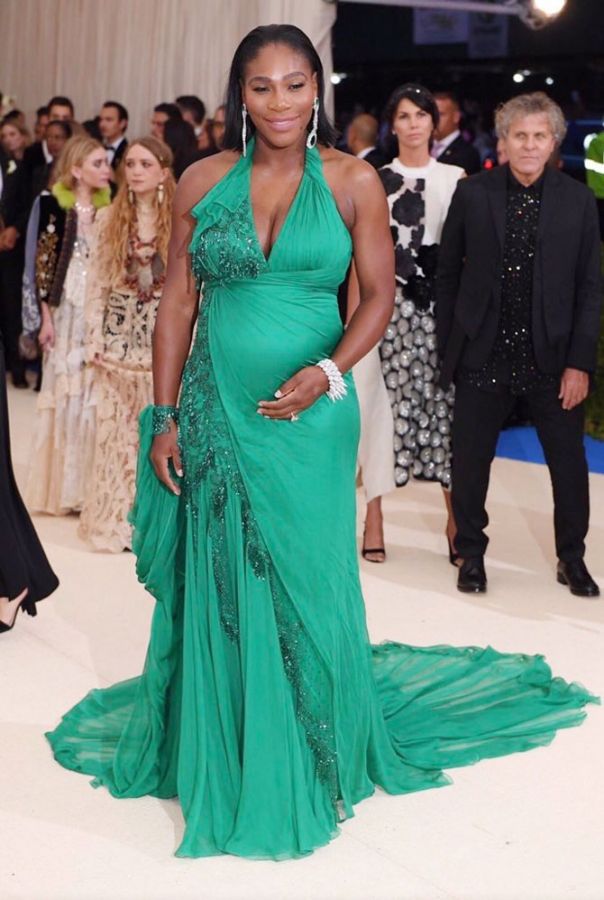 The mother-to-be showed off her baby bump in a flowing green gown as she entered with fiancé Alexis Ohanian.

This is the first time that the tennis star has officially stepped out in her pregnant avatar. The quarter-back came to the charity event along with supermodel wife Gisele Bundchen.

Reports from the venue state that Brady could not keep his hands off his wife as we can clearly see from this photograph.

The Met Gala is an annual fundraising gala for the benefit of the Metropolitan Museum of Art's Costume Institute in New York City, marking the opening of the Costume Institute's annual fashion exhibit.