Captain Lionel Messi inspired Argentina to an emphatic 3-0 victory against Italy in a heavyweight clash billed as the 'Finalissima' in London on Wednesday.

The Finalissima is the revival of the CONMEBOL-UEFA Cup of Champions that has been played only twice before -- in 1985 and 1993.

Messi delighted fans with a series of trademark dribbles as Argentina emerged easy winners to extend their unbeaten run to 32 games.

Goals by Lautaro Martinez and Angel di Maria put Argentina in control in the first half, before substitute Paulo Dybala finished off things in style with a stoppage goal after another mesmerising Messi run.

Do click on the images to meet the Finalissima champions: 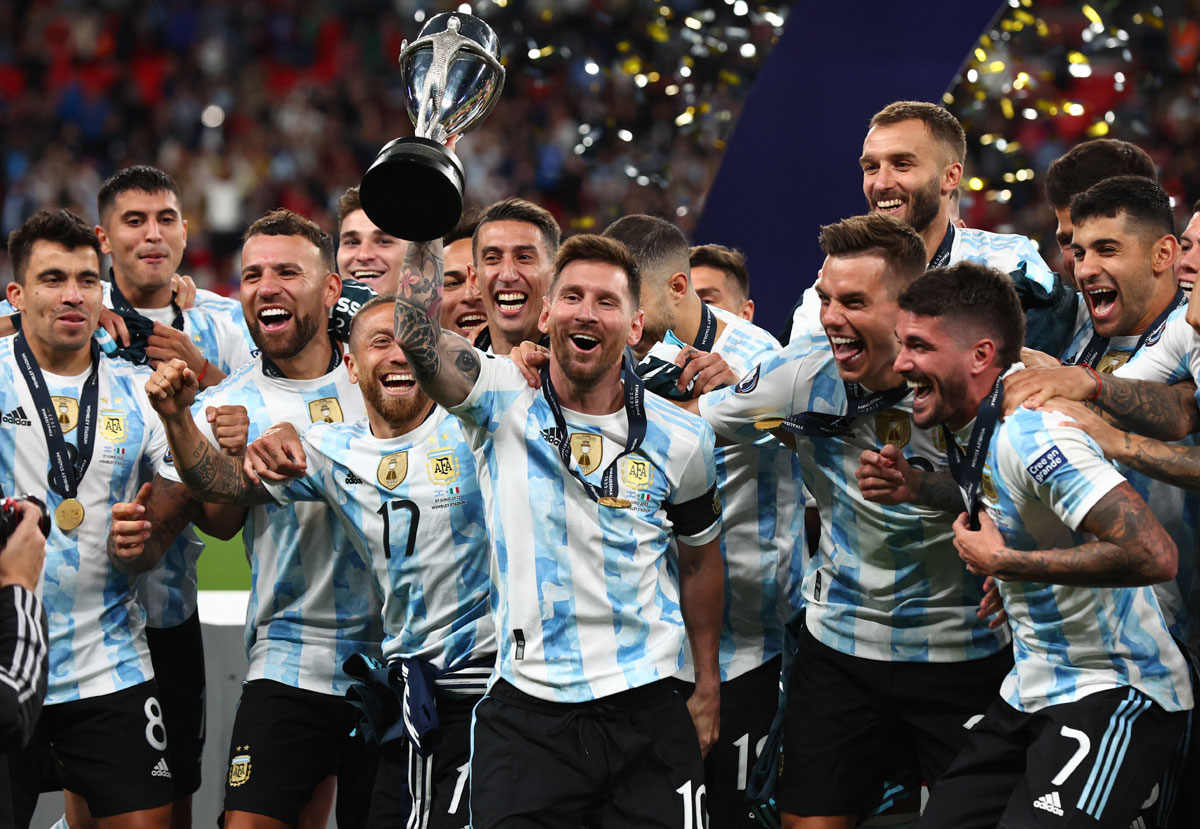 IMAGE: Argentina Captain Lionel Messi holds aloft the Finalissima trophy as he celebrates with team-mates after beating Italy at the Wembley Stadium in London on Wednesday, June 1, 2022. Photograph: David Klein/Reuters 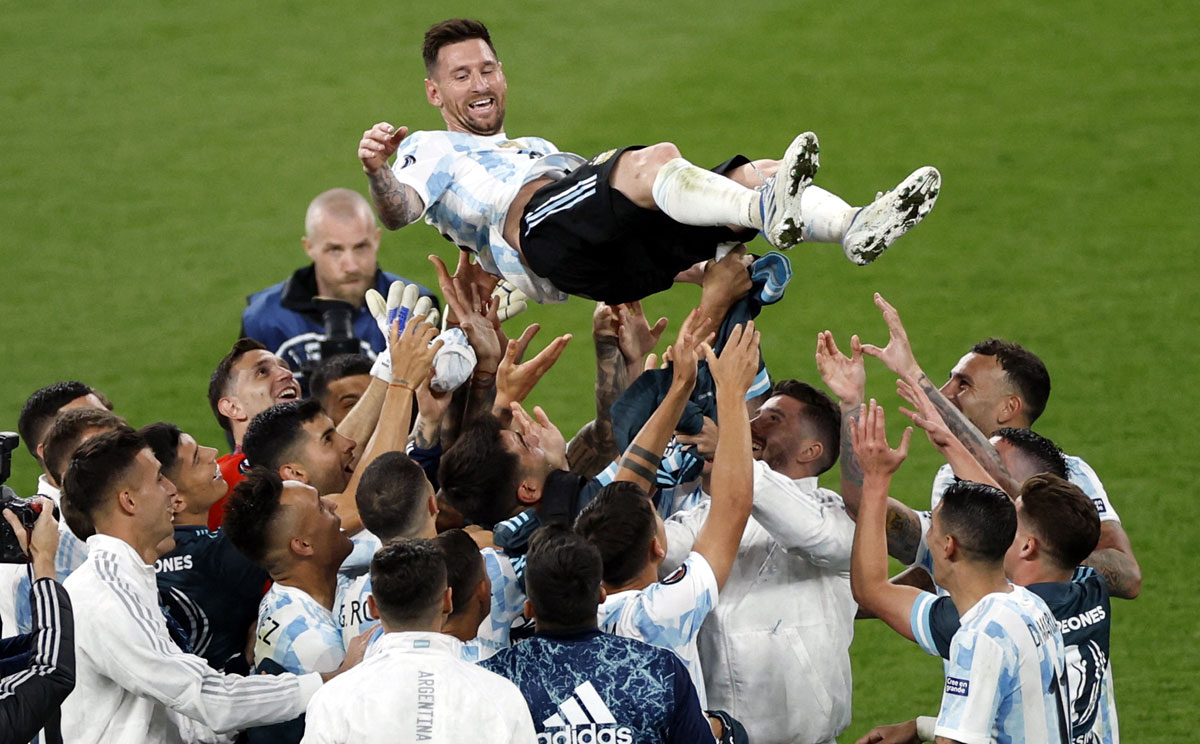 IMAGE: Messi is hoisted into the air by team-mates. Photograph: John Sibley/Reuters 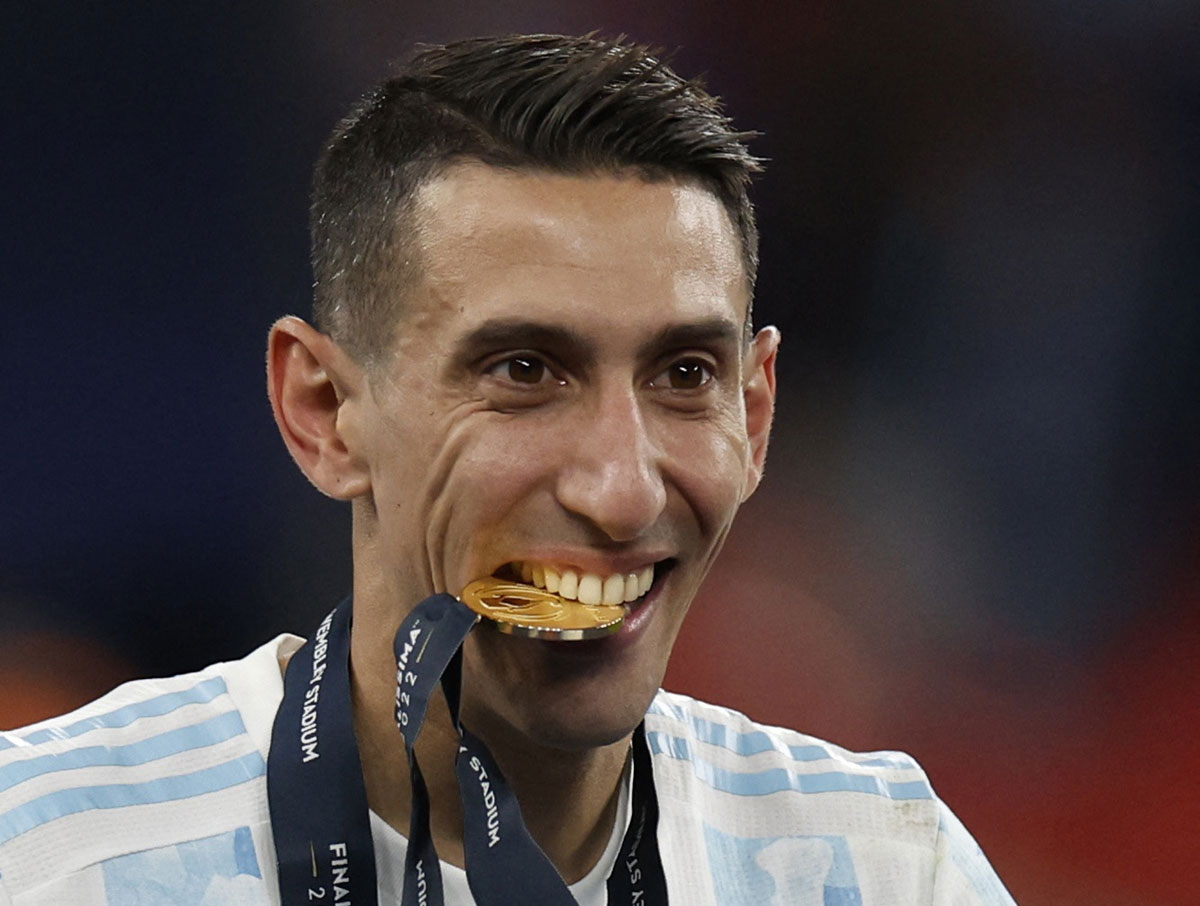 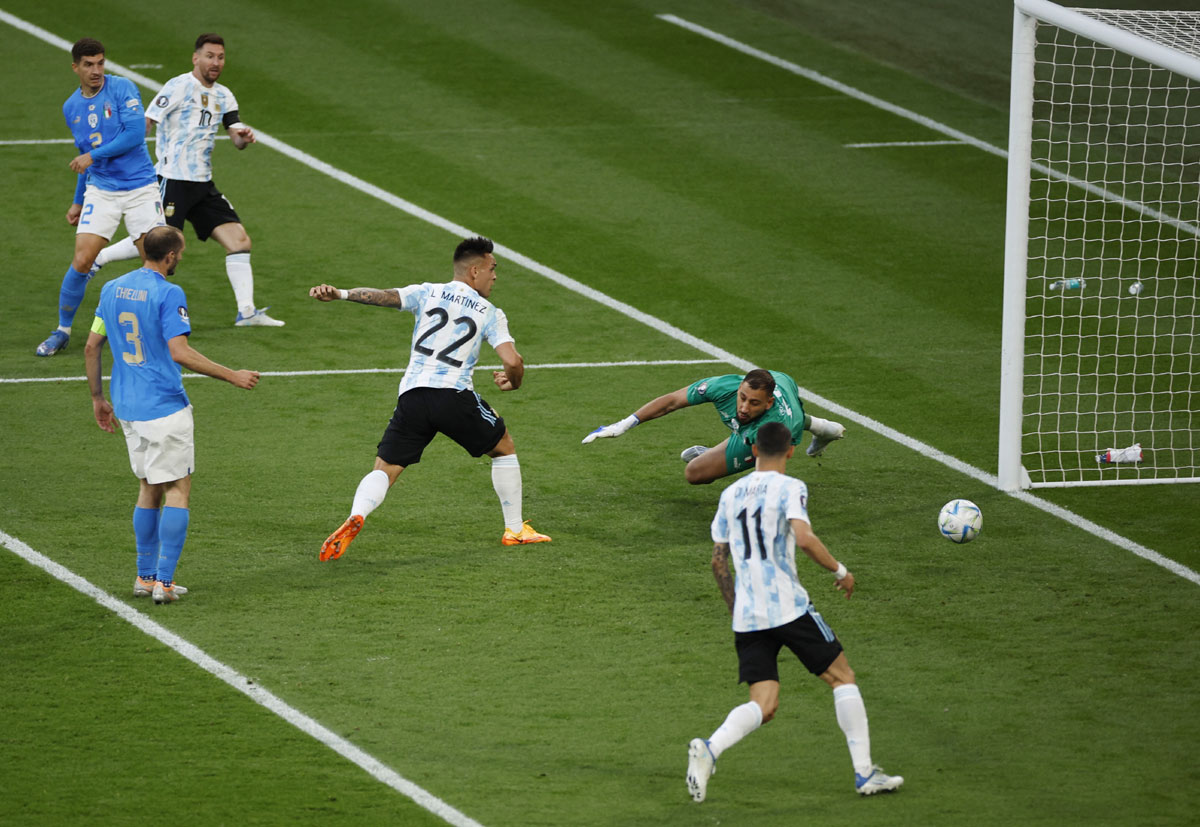 IMAGE: Lautaro Martinez tapped home from close range to give Argentina the lead in the 28th minute. Photograph: John Sibley/Reuters 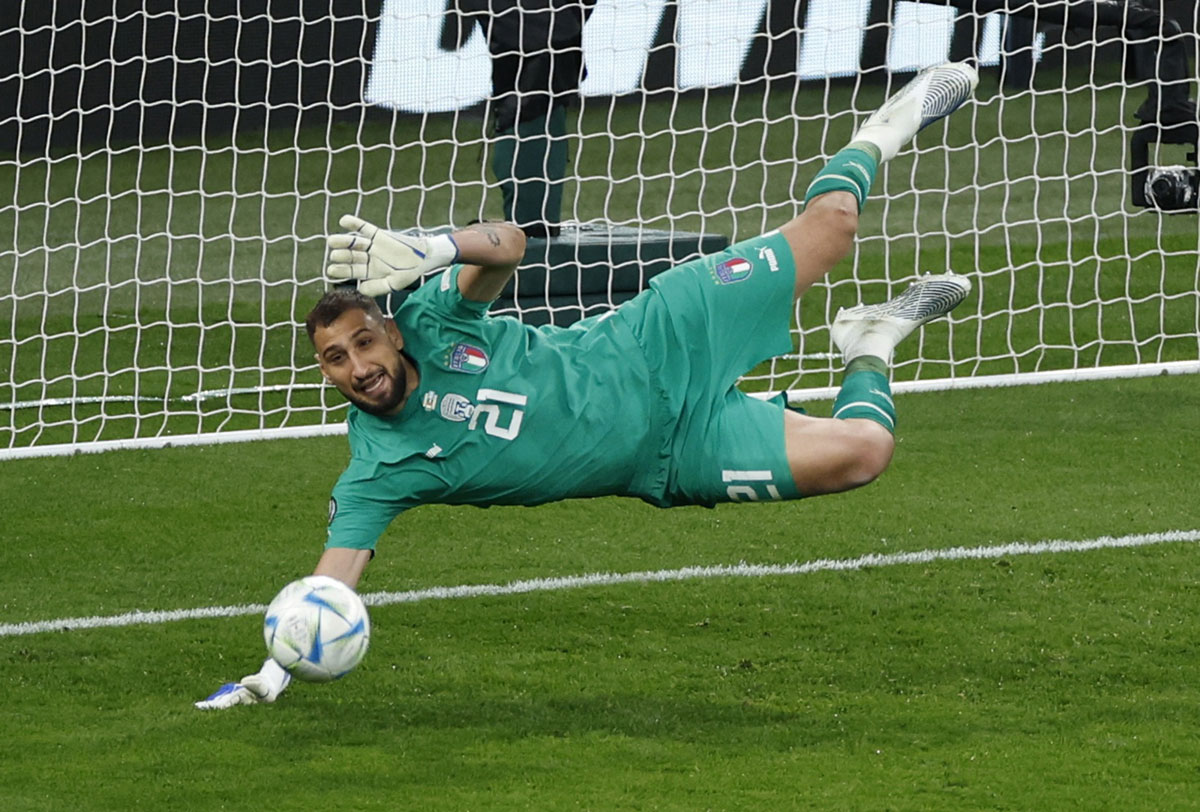 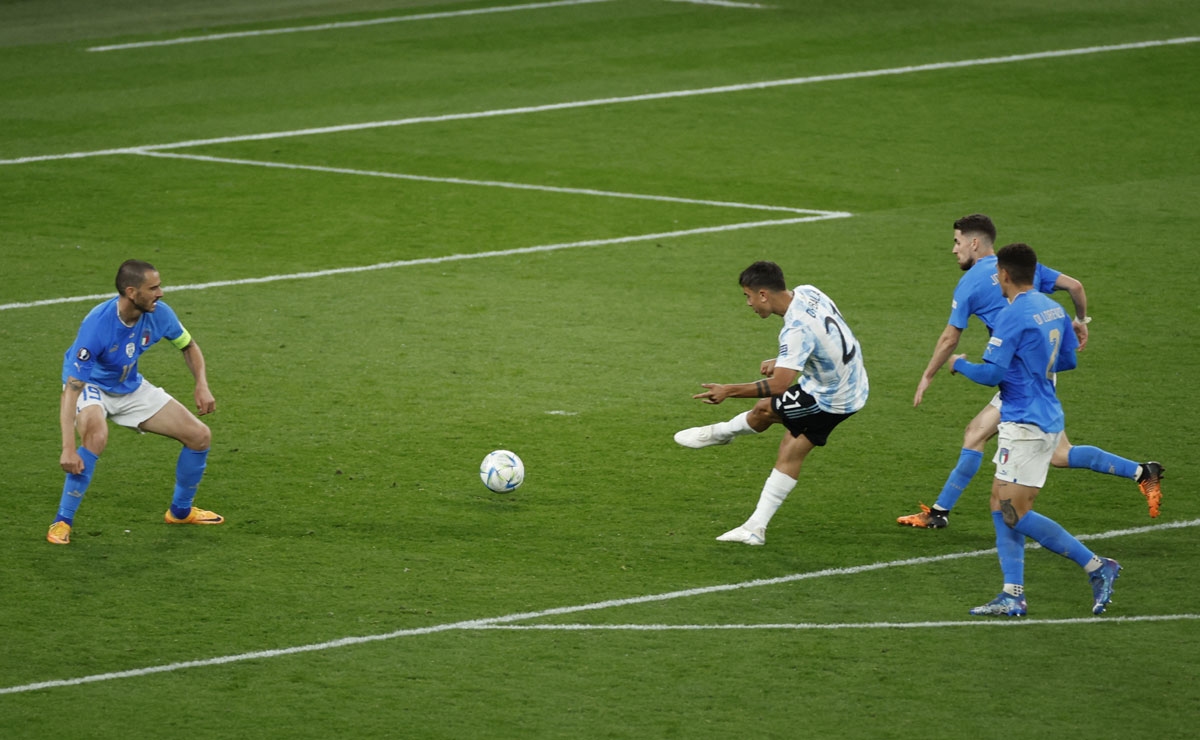 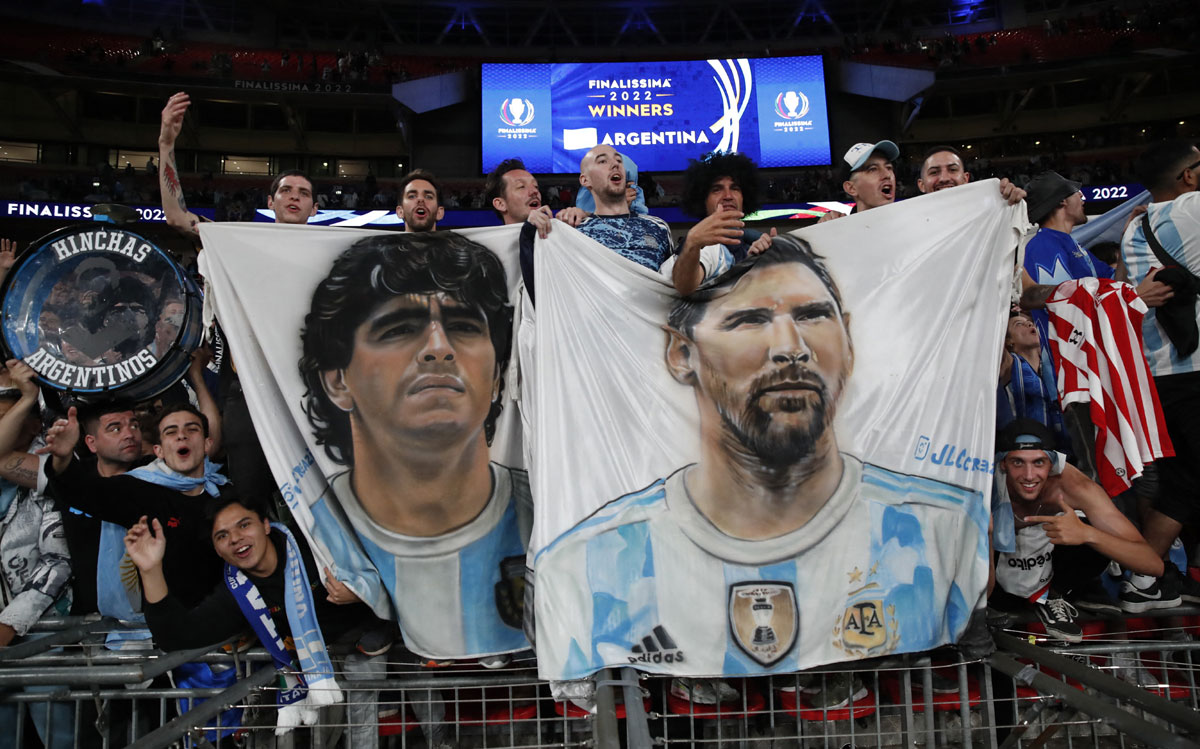 IMAGE: Argentinian fans hold up a banner with Lionel Messi and the late Diego Maradona at the Wembley stadium. Photograph: Peter Cziborra/Reuters 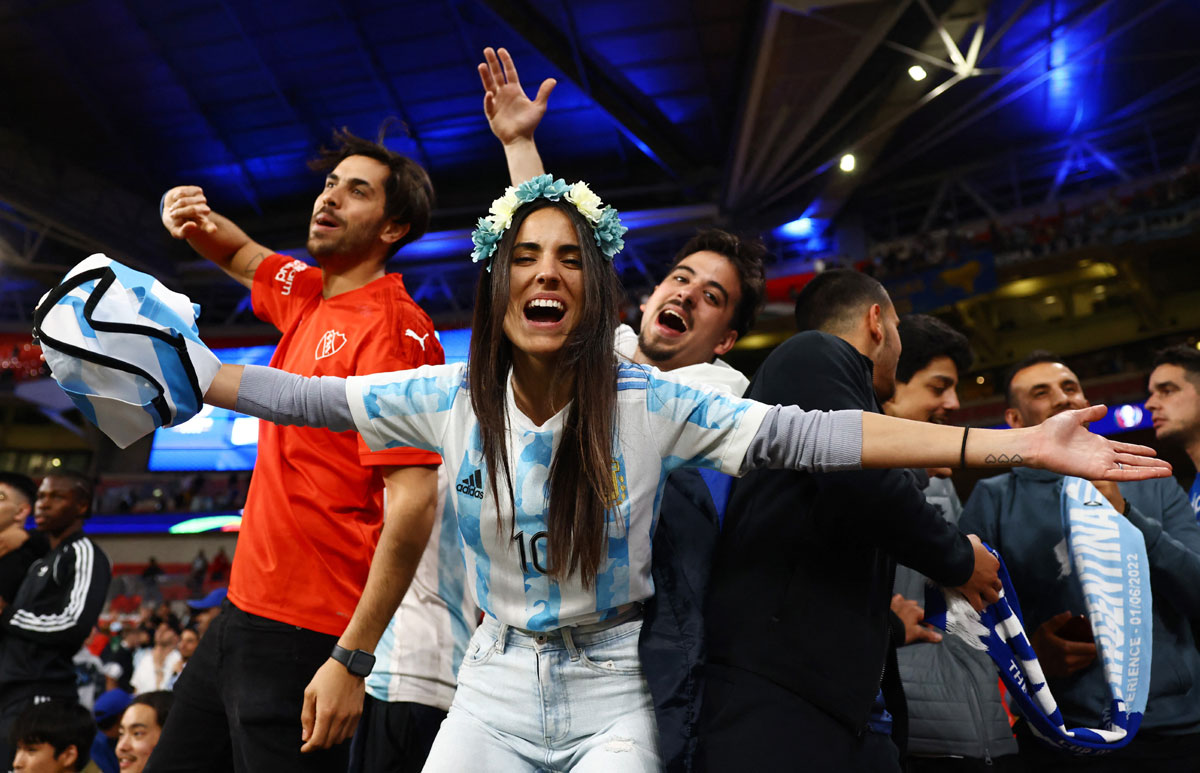 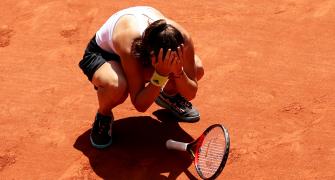 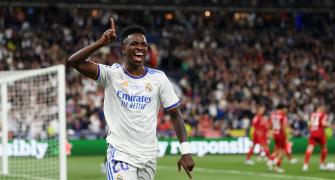 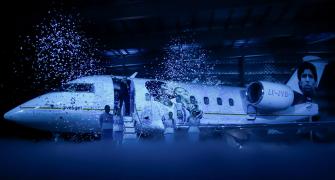 Ukraine One Win Away From World Cup! 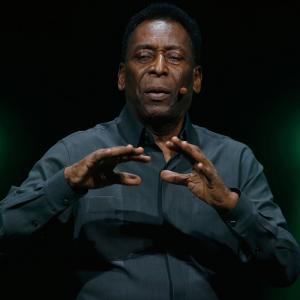