IMAGE: Memphis Depay has struggled with a hamstring injury but provided a much-needed spark when he was sent on by Van Gaal just after the hour with the game scoreless and helped his side to victory. Photograph: Stuart Franklin/Getty Images

Substitute Memphis Depay helped Netherlands to a 2-0 win over Senegal in their opening Group A game on Monday, leaving coach Louis van Gaal hoping the forward will recover in time for their next game against Ecuador on Friday.

Depay has struggled with a hamstring injury but provided a much-needed spark when he was sent on by Van Gaal just after the hour with the game scoreless and helped his side to victory.

Cody Gakpo scored in the 85th minute and substitute Davy Klaassen added a second in the ninth minute of second-half stoppage time as the Dutch snared all three points.

"I think Memphis played an important role and after all, as they say in English, a 2-0 win against the African Nations Cup champions, I can be very, very pleased," Van Gaal told reporters, adding his side had missed Depay's creativity.

The 71-year-old coach said that the Barcelona player would be closely monitored before a decision was taken on how long he can play against Ecuador on Friday.

"It all depends on how he has got through this match. After the match I asked him did everything go well, and he said everything went well," Van Gaal added.

"He'll be given a check-up tomorrow by the doctor, and there'll be training tomorrow, practice. Then we'll have to see how he feels on Tuesday, and then we'll see."

Van Gaal was joined at the news conference by man of the match Gakpo, who was happy to shoulder some of the creative burden caused by Depay's absence by making the most of seeing Senegal goalkeeper Edouard Mendy coming off his line.

"Yes, I saw it (Mendy coming out), it was an all or nothing moment and a fantastic opportunity. All I needed to do was touch it in," the 23-year-old said.

"I think we have a great team and we have great players, I think we do it all together, and if I can contribute in this team it's great joy for me," he added. 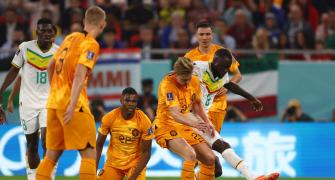 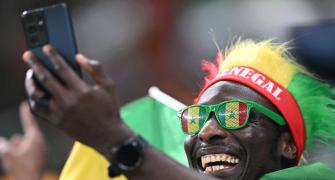 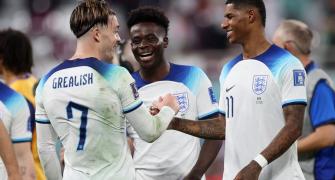 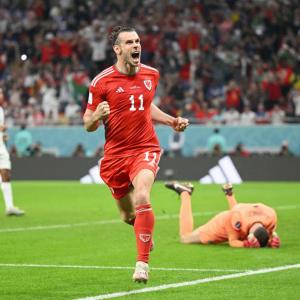