IMAGE: Netherlands' Davy Klaassen is rounded by teammates as they celebrate scoring their second goal against Senegal during their FIFA World Cup Group A match at Al Thumama Stadium, Doha, Qatar, on Monday. Photograph: Molly Darlington/Reuters

Netherlands scored twice in the final minutes through Cody Gakpo and substitute Davy Klaassen to beat Senegal 2-0 in their World Cup Group A match at Al Thumama Stadium on Monday.

The Dutch, who missed out on the 2018 World Cup, looked to be heading for a scrappy goalless draw after wasting several good chances but man-of-the-match Gakpo beat keeper Edouard Mendy and nod in a deep Frenkie De Jong cross with the back of his head.

Klaassen then pounced on a weak Mendy save to score on the rebound nine minutes into stoppage time.

The Dutch join Ecuador, 2-0 winners over Qatar on Sunday, on three points at the top of the group and the top two meet on Friday.

"It was a difficult game and we were not careful with the ball," said Gakpo. "I think we can do a lot better but the victory obviously gives us a good feeling."

"We were clearly in search of a goal and eventually we got it," he said.

The 23-year-old Gakpo, who has now scored three goals in his last four internationals, had their first opportunity after four minutes but tried to square the ball to Steven Bergwijn instead of going for goal. 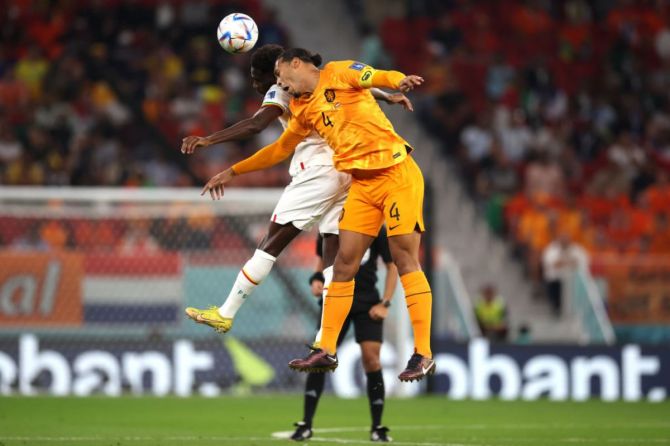 That was followed by a Daley Blind header at the far post that flew wide before Steven Berghuis sent Bergwijn through and he laid it off for the unmarked De Jong in the box.

The midfielder took far too long to release the ball, however, and his effort was blocked. 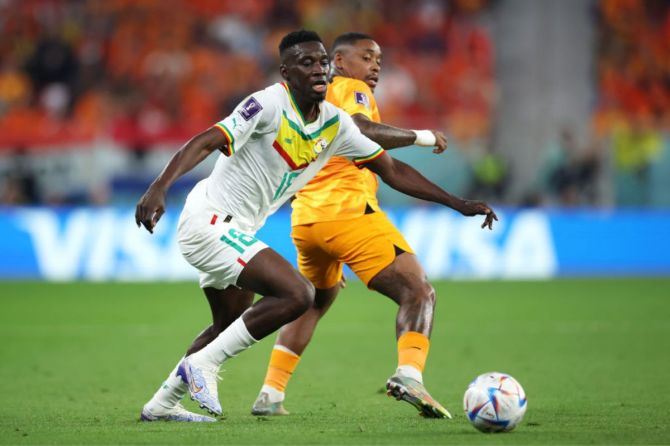 The African champions were badly missing injured talisman Sadio Mane and did not manage a shot on target until the 65th minute when Boulaye Dia's tried to sneak one past goalkeeper Andries Noppert, making his Dutch debut, from a tight angle.

Senegal had a bit more possession in the second half but despite the relentless drumming from their small fan group in the stands could not find the back of the net. 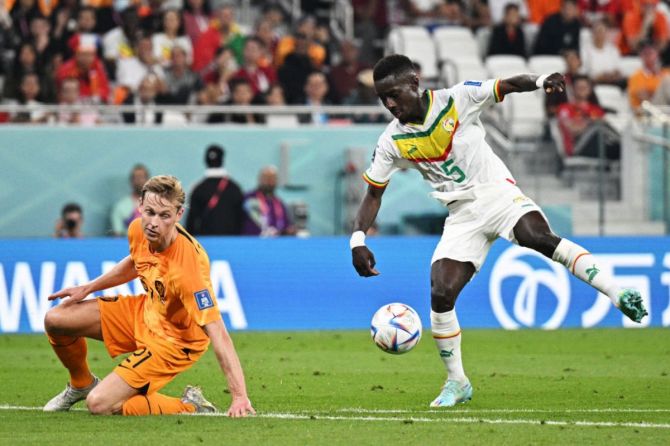 To make matters worse, Cheikhou Kouyate had to be taken off injured before Gakpo snuck in to snatch the opening goal.

Klaassen made sure of the three points with a tap-in in stoppage time after Mendy palmed a Memphis Depay shot into his path. 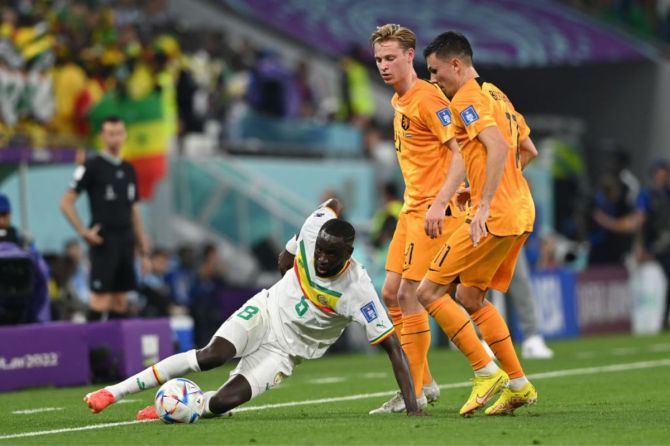 The Dutch are now undefeated in 16 matches under coach Louis van Gaal. They also stretched an unbeaten record in their opening game at World Cups that dates back to 1938. 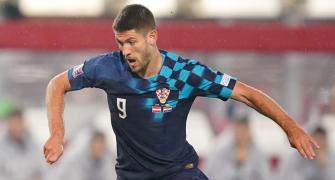 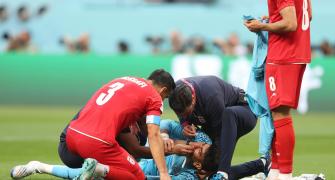 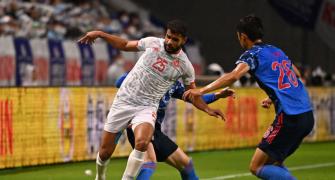 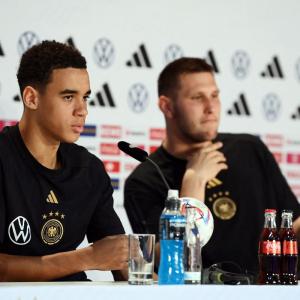 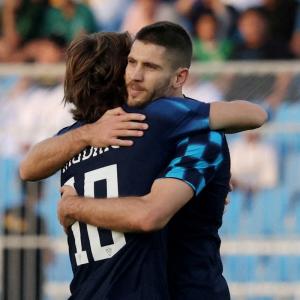