Nigeria took their chances against the run of play on Wednesday to beat South Korea 2-0 for rare success at the women’s World Cup to set themselves up to advance to the next stage of the tournament in France.

A first half own goal at the Stade des Alps and a breakaway attack, brilliantly finished by Asisat Oshoala, ensured the Africa champions only their fourth win in eight World Cup finals appearances and a chance to go to the second round for just a second time.

The Koreans, beaten 4-0 by hosts France in the tournament opener last Friday, are all but out of contention after a surprise setback in their second Group A game.

After weathering Korea’s early attacks, Nigeria went ahead just before the half hour mark when defender Kim Do-yeon miscued an effort to try to clear a long ball through the middle and steered it past her goalkeeper Kim Min-jung, who had come rushing out of her goal and was stranded.

There was a lengthy Video Assistant Referee review to see whether Nigeria’s captain Desire Oparanozie might have brushed the ball with her hand as she headed to the goal but there was no conclusive evidence to rule out the goal.

Korea were pulled back for offside when they found the net in the 58th minute before a Nigeran counter attack saw Oshoala, a three-time African women’s Footballer of the Year, ran half the length of the field, brushed past a defender, rounded the goalkeeper and squeezed the ball home from an almost improbable angle.

She might have scored in similar fashion just two minutes after the 75th minute goal but a heavy first touch saw the opportunity slip away.

Nigeria lost their opening game 3-0 to Norway in Reims on Saturday. 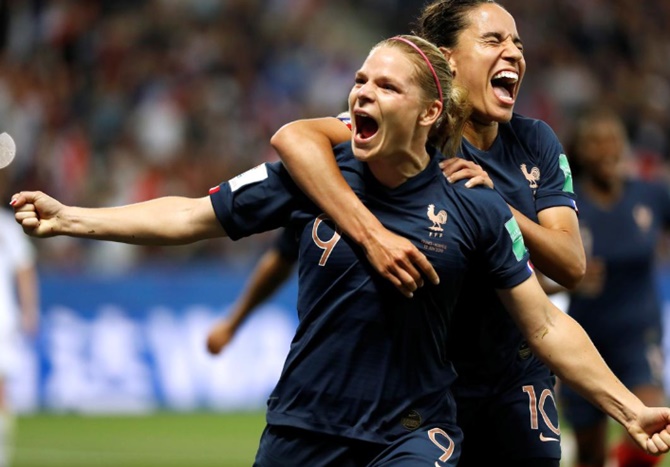 Wendie Renard's own goal in a 2-1 win over Norway on Wednesday came as reminder that France need to keep their feet on the ground if they are to claim their first women's World Cup title.

Centre back Renard deflected Isabell Herlovsen's cross into her own goal as Norway equalised following Valerie Gauvin's opener, five days after the Olympique Lyonnais player had scored a double in a 4-0 win over South Korea in the opening Group A game.

"It shows that you need to keep your feet on the ground," said Renard.

Her error was cancelled out by Eugenie Le Sommer's penalty in the 72nd minute after a VAR review, which put Les Bleues top of Group A and needing a draw against Nigeria to advance into the last 16.

"It was not easy tonight. We played with our heads against a tough opponent. We know we're not going to win all our games 4-0," France coach Corinne Diacre said.

"We did what we had to do in the second half. We reacted well after my own goal, we stayed focused," said Renard.

"In the end we managed to get that penalty and we're almost qualified."

Norway coach Martin Sjogren said he was not sure if it was a penalty or not, referring to the spot-kick awarded following a VAR review after Ingrid Engen appeared to kick Marion Torrent.

"We lost the match but I thought we were equal with the French. Of course, there are many feelings after the match," Sjogren added.

"Sometimes you can handle these feelings and sometimes not. We knew that we were going to face a very good opponent and we had a good plan I think." 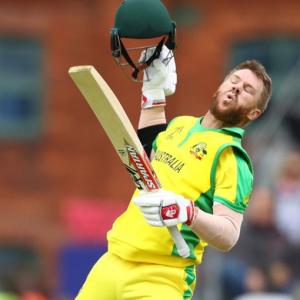