IMAGE: Iranian Goalkeeper Alireza Beiranvand -- who famously saved a Cristiano Ronaldo penalty at the World Cup in Russia -- attended to by medical staff after colliding with a team-mate and suffering a head injury. Photograph: Julian Finney/Getty Images

Iran Goalkeeper Alireza Beiranvand suffered a head injury after colliding with a team-mate during the first half of his nation's game against England in the FIFA World Cup at the Khalifa International stadium in Doha.

Beiranvand -- who famously saved a Cristiano Ronaldo penalty at the 2018 World Cup in Russia -- sustained a blow to his head following a collision with a team-mate in the 12th minute of the game.

After five minutes of treatment, Beiranvand seemed ready to resume his vigil in the goal, but minutes later told his team-mates he was not well enough to continue.

He left the pitch on a stretcher, clearly suffering concussion. 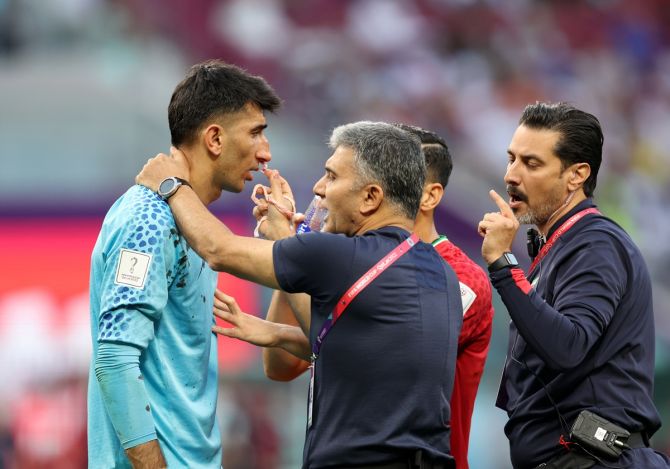 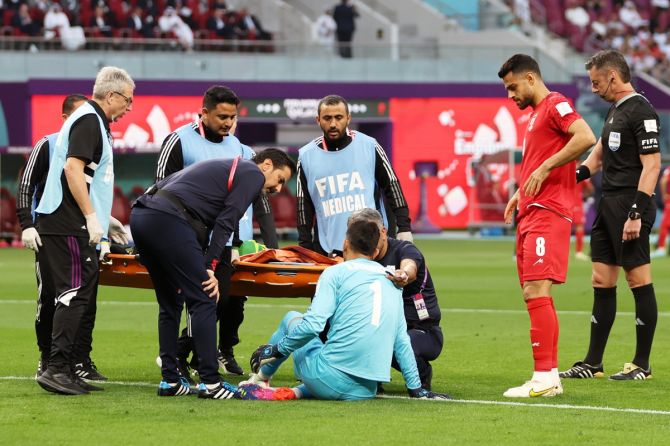 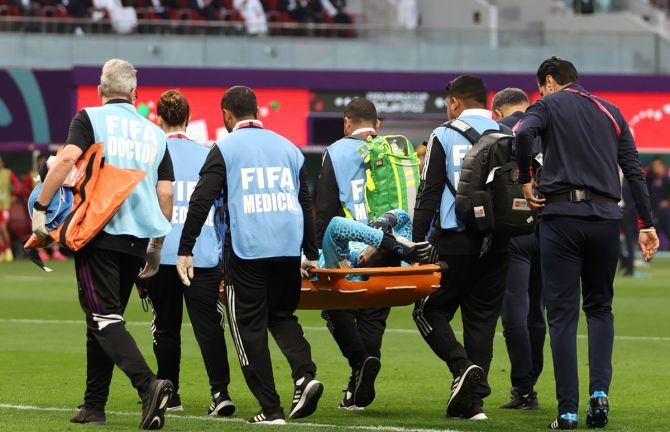 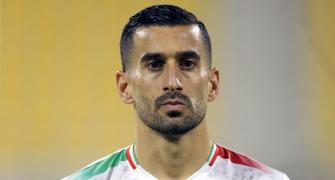 First Iranian player at World Cup to back protests... 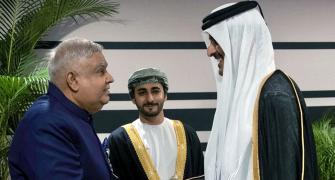 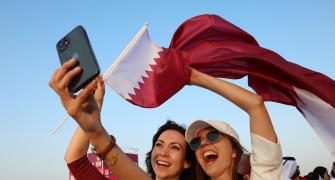 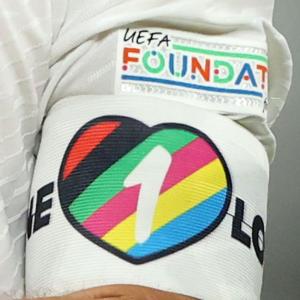 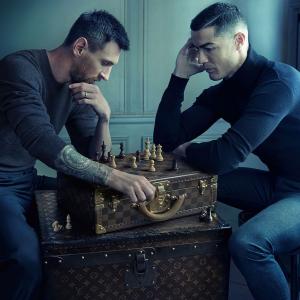