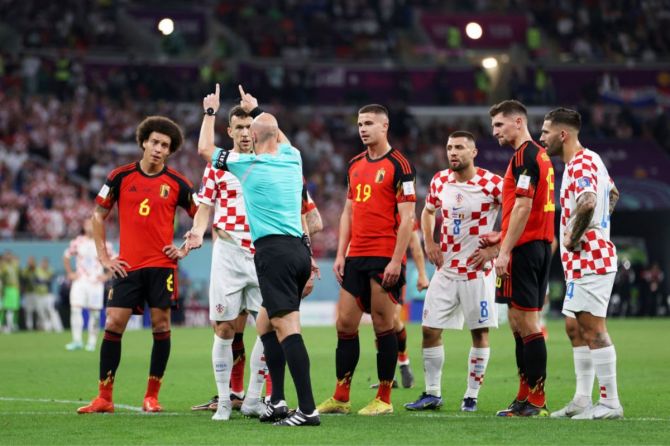 Belgium went into the break locked at 0-0 with Croatia in their decisive Group F clash at the Ahmad bin Ali Stadium on Thursday.

Croatia reached the last 16 of the World Cup after a tension-filled 0-0 draw with Belgium on Thursday that ensured the last hurrah of the Belgian 'golden generation' ended in a dismal group-stage exit.

Roberto Martinez's side, ranked second in the world and semi-finalists four years ago, needed a win at Ahmad Bin Ali Stadium to keep their hopes alive but could not break down the Croats who finished as Group F runners-up behind Morocco.

Substitute Romelu Lukaku fluffed four golden chances to break the deadlock as Belgium cast off the shackles in the second half, although Croatia had their own opportunities to find a winner.

Croatia, who next play the winners of Group E, finished with five points, two behind Morocco who beat already-eliminated Canada 2-1 to top the table. Belgium were third with four points after winning just one of their three games. With so much riding on the outcome, the tension was evident from the early stages and the encounter became something of a tactical chess match, with both sides careful not to take any unnecessary risks.

There was however still some drama. Croatia were awarded a penalty in the 16th minute when Andrej Kramaric's toe was clipped by Yannick Carrasco and referee Anthony Taylor pointed to the spot.

Just as Luka Modric was preparing to take the kick, however, Taylor was instructed to view the VAR monitor, and swiftly reversed his decision after checking for an earlier offside.

The automated system in place flashed up an image on the stadium's big screen that showed Croatia's Kramaric had perhaps strayed the width of a shirt sleeve beyond the last man. Belgium boss Roberto Martinez rolled the dice at halftime, summoning Lukaku off the bench and the striker probably should have scored within minutes of coming on but his header at the far post was directed straight at goalkeeper Dominik Livakovic.

Croatia were then foiled at the other end when Mateo Kovacic was played through following a powerful burst from centre-back Josko Gvardiol but his shot was palmed over one-handed by Thibaut Courtois.

Marcelo Brozovic and Modric then stung the palms of Courtois, who got down low to his right to parry away both efforts.

It was then Belgium's turn to pile on the pressure. First Yannick Carrasco stormed through on goal before his path was blocked and the ball found its way to Lukaku who somehow hit the post with the goal gaping.

He then inexplicably headed over from close range, although replays showed Kevin De Bruyne had probably taken the ball out of play before crossing.

Lukaku then missed two more chances from point-blank range in the dying minutes, diverting Thomas Meunier's crisply-hit shot wide and then looking on bemused as the ball bounced up into his midriff with the goal at his mercy before it was somehow smuggled to safety. 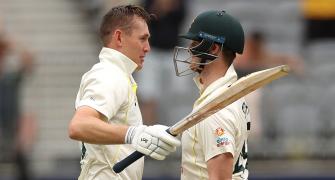 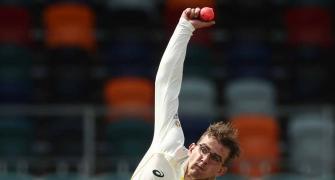 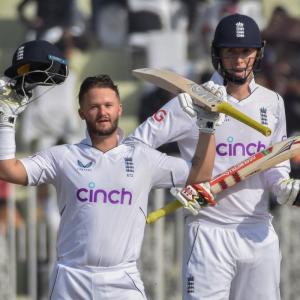