Arjun Maini has joined the US-owned Haas Formula One team 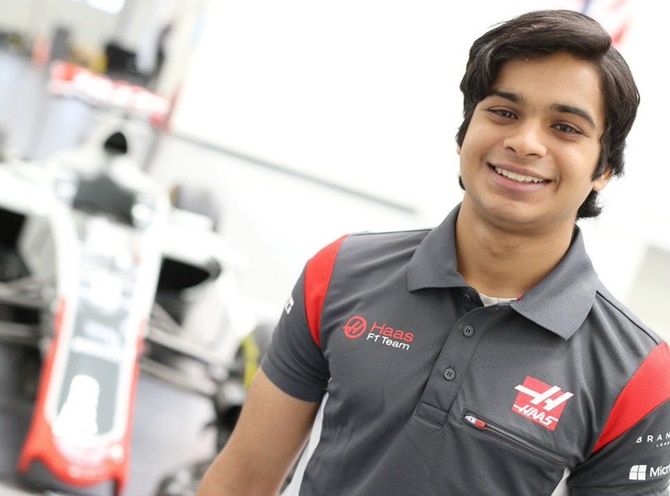 Originally from Bangalore, the 19-year-old moved to Europe initially after winning the Force India Formula One team's 'One in a Billion' Indian driver talent competition in 2011.

He is currently competing in the GP3 support series.

"All of my racing to date has been with the focus of becoming a Formula One driver, and this opportunity puts me one step closer to my goal," he said in a Haas statement at the Spanish Grand Prix on Thursday.

"I am eager to learn, understand and experience how a Formula One team operates. Everything I learn can be used immediately in GP3 while preparing for my ultimate goal of Formula One."

Narain Karthikeyan and Karun Chandhok are the only Indians to have raced in Formula One, with the former scoring points when he finished fourth for Jordan in the six-car U.S. Grand Prix of 2005.

India also hosted a grand prix at the Buddh International Circuit near New Delhi between 2011-2013.

Haas, who are Ferrari powered and work closely with the Italian team, made their Formula One debut last season and finished eighth overall.

The team said the development drivers would be "embedded" with them, attending races and tests throughout the year while also taking part in their simulator program.

"As Haas F1 Team continues to mature, we must look toward our future and develop potential talent," said team principal Guenther Steiner, whose current racers are Frenchman Romain Grosjean and Denmark's Kevin Magnussen.

"Arjun was successful in karting and has transitioned well to various Formula series and now GP3. We’ll keep a keen eye on his progress this year."

© Copyright 2021 Reuters Limited. All rights reserved. Republication or redistribution of Reuters content, including by framing or similar means, is expressly prohibited without the prior written consent of Reuters. Reuters shall not be liable for any errors or delays in the content, or for any actions taken in reliance thereon.
Related News: Arjun Maini, Haas, GP3, Force India Formula, US
SHARE THIS STORYCOMMENT
Print this article