Nicolas Pepe spared Arsenal's blushes with two sublime free kicks as they claimed a last-gasp 3-2 win over Vitoria in the Europa League on Thursday having twice trailed.

Unai Emery's side were heading for a demoralising defeat, three days after losing meekly to Sheffield United in the Premier League, but substitute Pepe's late intervention kept the Gunners top of Group F with a maximum nine points.

Arsenal have nine points with Eintracht Frankfurt on six after they beat visitors Standard Liege 2-1.

Vitoria led 2-1 thanks to first-half goals by former Tottenham Hotspur prospect Marcus Edwards and Bruno Duarte either side of Brazilian teenager Gabriel Martinelli's leveller for the hosts -- his fifth goal in only his third start.

The home fans were becoming increasingly restless when Emery sent on Ivorian club record signing Pepe from the bench in the 75th minute and five minutes later he curled the ball in left-footed from 20 metres after Matteo Guendouzi had been fouled.

He repeated the trick with what turned out to be virtually the last kick of the game to seal a seventh successive home win in Europe for Arsenal.

It was tough on Vitoria who played superbly until tiring late on and despite the win it was a disjointed display by Arsenal who were booed by their own fans at halftime.

Pepe had only managed one goal in 11 appearances since joining from Lille but his sensational double against Vitoria could be the spark he needed, according to Emery.

"He can gain confidence from tonight. When he scores it's good for him and the team. He's getting better and he helped us tonight to win this match," Emery, who sent on Guendouzi and Dani Ceballos at halftime, said.

"Pepe is a very good player and we believe in him totally. We are very happy for him and us because he has two goals and two set-pieces which are perfect.

"He is improving and tonight he has two goals, which are important for us and for him. We didn't play like we wanted but we showed good spirit. It's a good victory."

Arsenal skipper Hector Bellerin admitted it had been a below-par display.

"There's lots of things we've got to improve as a team. We've got to keep the ball better, that's our trademark," he said. "When you give the ball away it doesn't mean you stop playing like that, it's in our DNA."

Until Pepe's dramatic arrival the headlines looked set to be about London-born Edwards, a player Spurs manager Mauricio Pochettino once described as having a playing style similar to Argentine great Lionel Messi.

The tricky 20-year-old made only one League Cup appearance for Tottenham, however, and moved to the northern Portuguese club in the close season after a loan spell at Dutch side Excelsior.

He twisted inside two Arsenal defenders to fire his side ahead in the ninth minute -- celebrating in front of the home fans. He remained lively throughout until eventually being substituted with his side still leading.

Sevilla preserved their 100% records in the Europa League but PSV Eindhoven dropped their first points of the campaign as the group stage reached the halfway mark on Thursday.

Manchester United claimed their first away win in any competition since March as they beat Partizan Belgrade 1-0 but AS Roma were held to a 1-1 draw as Borussia Moenchengladbach equalised deep into stoppage time.

Sevilla cruised to a 3-0 win against Dudelange to top Group A with nine points -- Franco Vázquez scoring twice for the five-time champions.

PSV found no way past visiting Austrian side LASK, drawing 0-0, but remain top of Group D with seven points.

Manchester United claimed a first away win in 12 games thanks to Anthony Martial's 43rd-minute penalty in Belgrade. They are top of Group L but it was not a performance to quicken the pulse as Martial's penalty was their only shot on target.

Roma lead Group J with five points from Istanbul Basaksehir who beat Wolfsberg 1-0 to join the Austrians on four points with Moenchengladbach bottom on two.

Celtic lead the group with seven points with Romanians Cluj on six after a 1-0 win at Rennes.

Wolverhampton Wanderers came from a goal down to beat hosts Slovan Bratislava 2-1 in Group K -- a game played in front of 20,000 children and a handful of away fans after UEFA ordered it to be played behind closed doors because of racist incidents.

Andraz Sporar's deflected shot put the home side in front but Wolves hit back through Romain Saiss and a penalty by Raul Jimenez after the break to claim their second win and move into second spot a point behind Braga who won 2-1 at Besiktas.

Espanyol continued to put their dire La Liga form behind them as they won 1-0 in Bulgaria against Ludogorets, a result that keeps them unbeaten and top of Group H with seven points.

Rangers held on for a 1-1 draw in Porto in what is turning out to be a tight Group G. Luis Diaz's piledriver put Porto ahead but Alfredo Morelos levelled before the interval.

The Scottish club held on and are level on four points with Porto behind leaders Young Boys on six after their 2-0 home victory over Dutch club Feyenoord who are bottom with three.

In Group I, pacesetters Gent and Wolfsburg have five points after a 2-2 draw in Belgium while Dynamo Kiev and FC Copenhagen drew 1-1 to stay level at the top of Group B on five points.

Basel lead Group C after a 1-0 win at Spanish side Getafe who had won their opening two games.

© Copyright 2020 Reuters Limited. All rights reserved. Republication or redistribution of Reuters content, including by framing or similar means, is expressly prohibited without the prior written consent of Reuters. Reuters shall not be liable for any errors or delays in the content, or for any actions taken in reliance thereon.
Related News: Vitoria, Arsenal, Nicolas Pepe, Unai Emery, Europa League
SHARE THIS STORYCOMMENT
Print this article 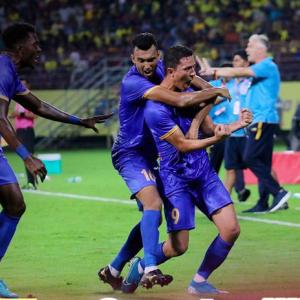 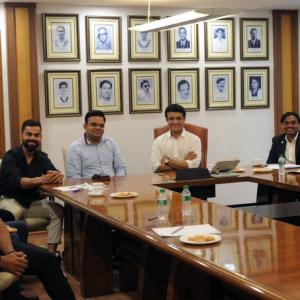