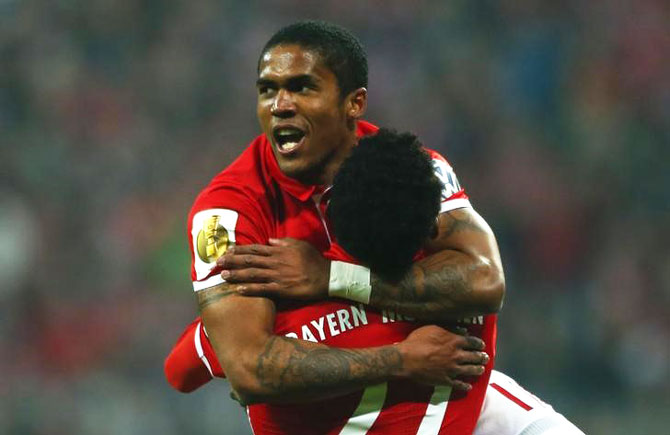 Bayern Munich's Douglas Costa scored a first-half winner as the holders did the bare minimum to beat VfL Wolfsburg 1-0 on Tuesday and move into the German Cup quarter-finals.

The Brazilian's 18th-minute shot, which was deflected past keeper Koen Casteels by Wolfsburg's Luiz Gustavo, was enough to beat the toothless Wolves, who did not register a shot on goal for 82 minutes.

Despite controlling possession, however, Bayern never hit top gear and failed to kill off the tie, with forward Robert Lewandowski looking desperately alone up front.

Bayern defender Mats Hummels should have done better when he was twice left with too much space in the box but headed wide both times.

The hosts were almost punished late in the game when Yunus Malli and Daniel Didavi had a chance each with Bayern keeper Manuel Neuer keeping his cool to deny them from close range.

Hamburg SV also booked a spot in the quarter-finals, beating Cologne 2-0 to underline their improving form.

Hamburg, who are in the Bundesliga's relegation playoff spot, hit the woodwork through Luca Waldschmidt before Bobby Wood made it 2-0 in the 76th after a powerful run. 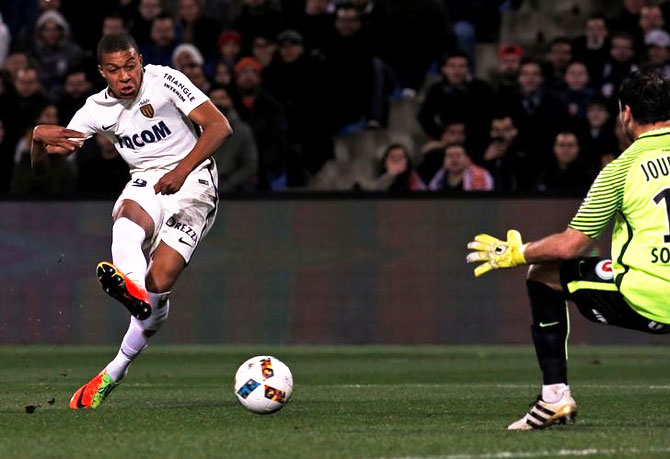 Ligue 1 leaders Monaco won 2-1 at Montpellier on Tuesday while second-placed Paris St Germain snatched a last-gasp winner to edge Lille by the same scoreline after goalkeeper Alphonse Areola's error looked to have cost them victory.

Monaco raced into a two-goal lead after 20 minutes with Kamil Glik's header, after Geoffrey Jourdren's mistake, and a strike by teenage forward Kylian Mbappe before the hosts got one back soon after halftime through 39-year-old Hilton's header.

Monaco had defender Jemerson dismissed in the 88th minute but held on to reach 55 points after 24 matches, three clear of PSG who kept pace when substitute Lucas Moura tapped home after Vincent Enyeama parried Edinson Cavani's shot into his path.

Lille's admirable defensive resolve was broken by PSG in the 70th minute when Uruguay international Cavani shouldered the ball home after a free kick was deflected into his path.

Nicolas De Preville equalised for the visitors 16 minutes later after Areola tried to dribble out of trouble and was dispossessed. The 23-year-old keeper was the most relieved man in the stadium when Lucas scored two minutes into added time.

© Copyright 2020 Reuters Limited. All rights reserved. Republication or redistribution of Reuters content, including by framing or similar means, is expressly prohibited without the prior written consent of Reuters. Reuters shall not be liable for any errors or delays in the content, or for any actions taken in reliance thereon.
Related News: Bayern Munich, Wolfsburg, Monaco, Montpellier, Kylian Mbappe Lottin
SHARE THIS STORYCOMMENT
Print this article