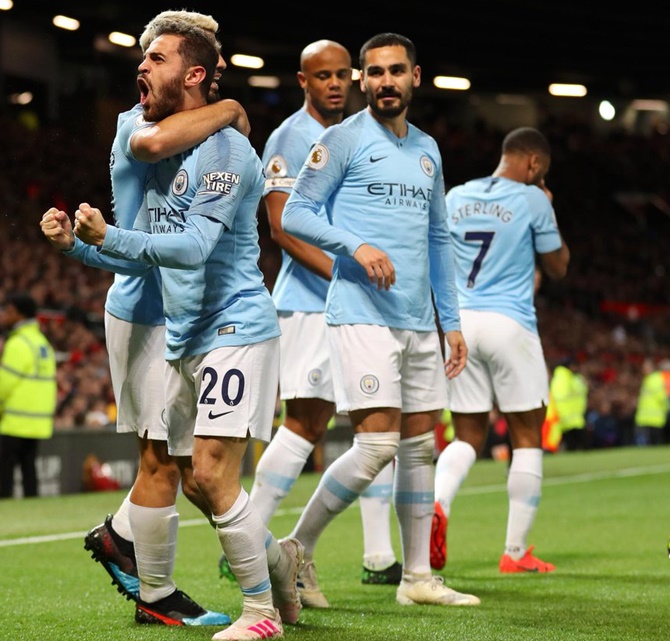 City goalkeeper Ederson, forwards Raheem Sterling and Sergio Aguero, midfielders Bernardo Silva and Fernandinho, and centre back Aymeric Laporte were all named in the side, which also had four players from Liverpool.

City are a point ahead of Liverpool in the race for the Premier League title with both teams having three games left to play.

Liverpool dominated the defensive positions with centre back Virgil van Dijk joined by full backs Andy Robertson and Trent Alexander-Arnold in the side and Sadio Mane named as a forward.

United midfielder Paul Pogba was the only player not from either Manchester City or Liverpool to be named in the team.

© Copyright 2020 Reuters Limited. All rights reserved. Republication or redistribution of Reuters content, including by framing or similar means, is expressly prohibited without the prior written consent of Reuters. Reuters shall not be liable for any errors or delays in the content, or for any actions taken in reliance thereon.
Related News: Manchester City, Liverpool, PFA, Virgil van Dijk, Sergio Aguero
SHARE THIS STORYCOMMENT
Print this article