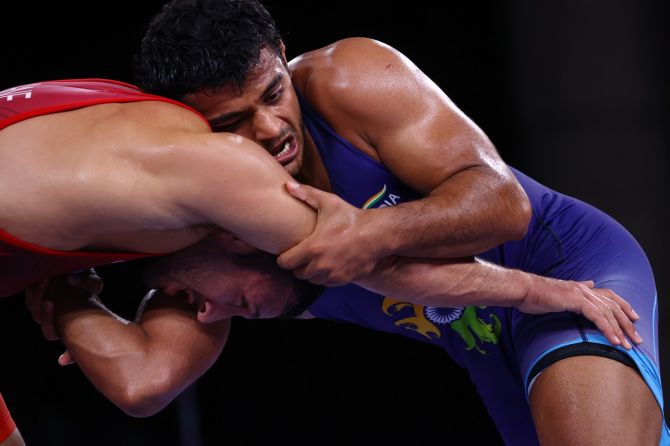 Wrestler Deepak Punia's foreign coach Murad Gaidarov was expelled from the Tokyo Olympics on Friday for assaulting the referee who officiated the bronze medal play-off bout which the Indian lost to San Marino's Myles Nazim Amine.

The International Olympic Committee has cancelled Gaidarov's accreditation after a hearing was held in the matter.

Later in the day, the Wrestling Federation of India terminated Gaidarov's services.

The United World Wrestling (UWW), the world governing body of the game summoned the WFI for a disciplinary hearing, in which the national federation faced an embarrassing situation as a ban on them was being considered.

"We told them that Indian coaches are well-behaved and although Gaidarov trains the Indian wrestler, his actions should not affect the WFI. We assured them that Gaidarov will be terminated immediately. We barely survived a ban," WFI assistant secretary Vinod Tomar said.

"Gaidarov is being sent back to India so that he can collect all his belongings. Then he will leave for his country," Tomar added.

"Indian wrestling team's foreign assistant coach Mr Murad Gaidarov who was involved in an uncalled incident of assault on one of the match referees, is being withdrawn from the Tokyo Olympic Village immediately and is being called back to India on the latest flight," Mehta tweeted earlier.

Gaidarov has guided Deepak for some time now after the Wrestling Federation of India assigned him to train the 2018 junior World champion.

The 42-year-old had won a silver medal at the 2008 Beijing Olympics, representing Belarus.

He was disqualified from the 2004 Olympic Games after he assaulted his opponent outside the arena after losing his quarter-final bout. 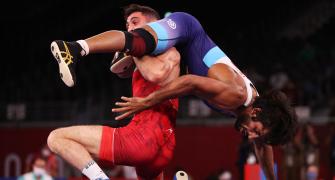 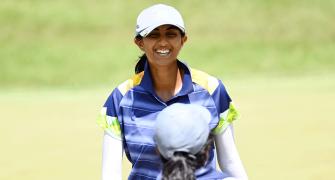 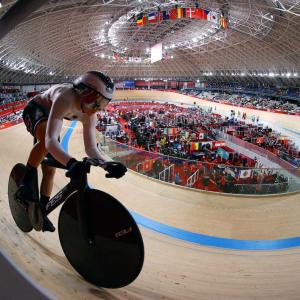 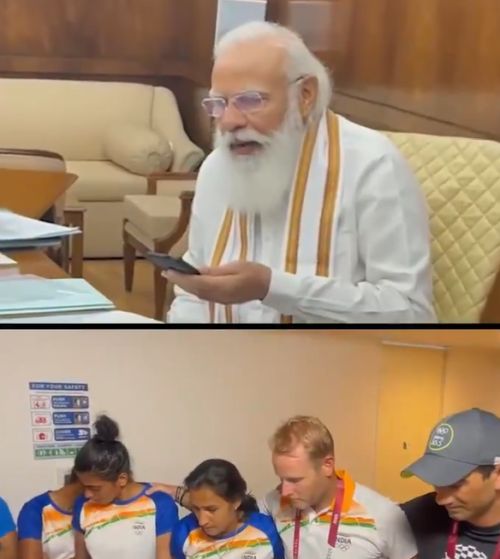