'It's better if we spray tennis balls at each other and not bombs. I am confident that the Indian team will be impressed with Pakistan's hospitality.' 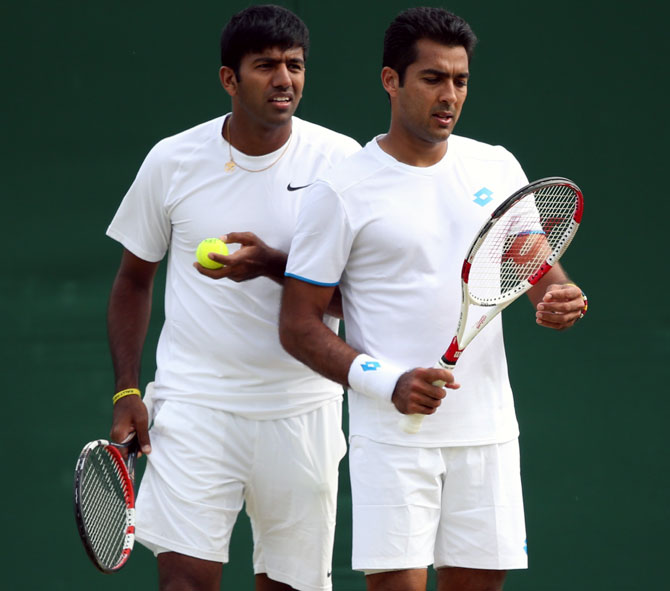 Seeking to allay fears over the Indian team's security during the Davis Cup tie, Pakistan Tennis Federation president Salim Saifullah Khan assured that the contest will be held in a safe and secure environment, promising "impressive hospitality" to the visiting team and fans.

"We are eagerly waiting for the Indian team. There will be good arrangements for Indian fans and the players. We will host the tie in a very safe and secure atmosphere," Salim Saifullah said on Sunday.

"There is a lot of excitement in Pakistan for this tie. Everyone is happy. It's better if we spray tennis balls at each other and not bombs. I am confident that the Indian team will be impressed with Pakistan's hospitality."

An Indian tennis team is set to travel to Pakistan for the first time in 55 years. The last time Pakistan hosted India was way back in 1964 when the visitors won 4-0 in Lahore.

When reminded that there are apprehensions regarding players' safety in Pakistan, Salim assured that nothing untoward will happen.

"The ITF consultants were here for three days and they inspected everything. Islamabad is not a big city like Delhi, Lahore and Mumbai. The population here is below two million.

"All the set up will be declared a red zone because the Parliament, Presidency and the Prime Minister's (residences) are also there. I am sure nothing untoward will happen and the Indian players would be comfortable," he said.

"When ITF allowed us to host ties, it was based on the fact that there is a consistent campaign against terrorists and terrorism by the government. There is a lot of difference between the 2010 incident and 2019. We have improved a lot," he added.

Salim said the two nations are similar and the people too are same -- a view a lot of the commoners share in both the countries.

"The Indian players have visited here for the ITF Futures tournaments as well. And when Indians come here, it's difficult to separate them from Pakistanis because we look the same. The clothes are the same, the food is also the same. We always advise them to stay in specific hotels. Nothing has happened so far and Inshallah, nothing will happen," he hoped.

The soft-spoken Salim is a staunch supporter of sports diplomacy, which he feels can be used to normalise the relations between the two nations.

"Our Prime Minister and the government have been trying that a dialogue happens and solutions (to problems between two countries) are explored. People in Pakistan crave to go to India and people in India also want to visit Pakistan. I hope these visits start.

"It will help the sport. India is our next-door neighbour and our players can go there at a very little expense to train and compete with your players.

"It's a beginning, let's see. Our player Aisam and (India's) Bopanna had reached the US Open final in 2013 and I had watched their semi-final in New York. I hope the situation improves.

"We are planning to invite Prime Minister Narendra Modi to come and watch the tie in Islamabad."

When asked what it means for Pakistan to host India after more than five decades, Salim said, "It was God's blessing that first time an Indian tennis team is coming to Islamabad."

"One team had come to Lahore after independence (1964). We feel It's a good opportunity for the two countries to show maturity. We should not mix politics and sports.

"Rather if sports and sports diplomacy is used to make the situation better, nothing like it. There is a lot of hype here. Inshallah, it will be a well-arranged and well-contested tie."

In the court though, it is highly unlikely that the Indian team will be troubled by the home side, which does not have many quality singles players.

Veteran Aqeel Khan has been their crusader for long, the number one player for almost two decades.

"I really regret that we do not have many good singles players. Our youngsters are still not able to beat Aqeel. There are many factors that game did not grow and a big one was that Pakistan was not allowed to host Davis Cup for 12 years. It affects.

"People may not go and watch Aisam play outside but when he plays in Pakistan, people do come. Tennis over the years has not got the patronage from the government and sponsors, unlike India.

"You have a lot of funds for sports, but for us, it's still an issue. Nothing can happen without funds. But we are trying. It's an uphill task. I hope this tie helps generate more interest and enthusiasm and we will produce more Aqeel Khans and Aisams." 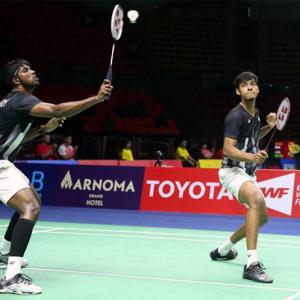 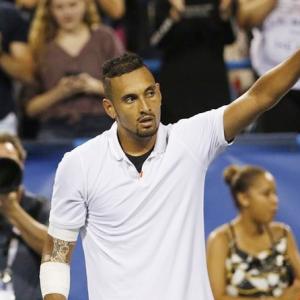