India’s wrestlers stole the limelight on Day 9 of the Commonwealth Games as Vinesh Phogat, Ravi Dahiya and Naveen won gold to wrap up their campaign with a rich haul of 12 medals on Saturday.

Vinesh became the first Indian woman wrestler to win three consecutive Commonwealth Games gold medals as the country, like the last edition, succeeded in winning medals in all 12 categories.

In athletics, Avinash Sable won silver in the men’s 3000m steeplechase, a race which has traditionally seen three Kenyans on the podium. He finished with a personal best time of 8:11:20s, behind Kenya’s Abraham Kibiwot, who clocked 8:11:15s.

Also winning silver was Priyanka Goswami, in the women’s 10k walk, with a personal best time of 43:38:83s.

India won its second Lawn Bowls medal at the Games, this time a silver in the men’s Fours after the historic gold in the women’s Fours earlier.

Here’s a look at how India’s athletes fared on Friday, Day 9 of the Games.

Women's 4x100m Relay Round 1- Heat 1: Dutee Chand, Hima Das, Srabani Nanda and Jyothi Yarraji qualified for the final after finishing second in heat 1, and overall seventh, with a time of 44.45s. Jyothi was preferred over N S Simi. 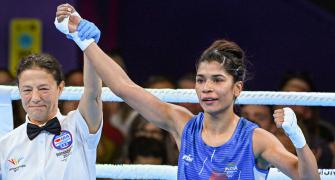 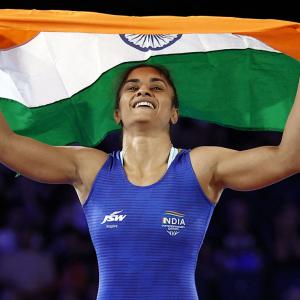