Shooting coach doesn't want prodigies to get 'carried away' by money, attention and laurels

'As they set out to scale higher peaks, these promising shooters and all the stakeholders involved must be careful that they don't get distracted'

'Staying on top is really difficult. Young kids have to learn how to rise from failures' 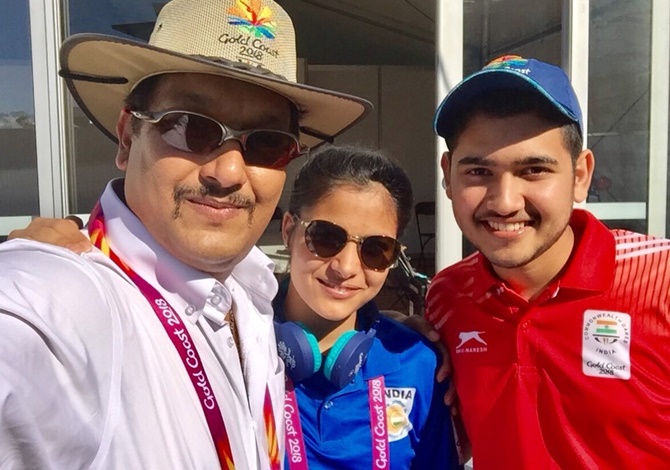 India's junior shooting coach Jaspal Rana has claimed that a 'tweak' in selection policy kept 16-year-old Asian Games gold-medallist Saurabh Chaudhary out of the national team for one year.

Chaudhary, the son of a farmer from Kalina village in Meerut, went on to win the gold medal beating a field of multiple world and Olympic champions in Palembang, Indonesia, in the process becoming India's youngest shooter to win gold at Asian Games.

"He was out of the national team for one year because the policy was twisted by certain influential people within and outside the NRAI (National Rifle Association of India)," Jaspal said in an interview.

The four-time Asian Games gold-medallist added, "Saurabh was the number one shooter in senior ahead of Jitu (Rai), who was supported by one NGO.

"Saurabh was disqualified from one of the trials due to 'so-called grip problems'. I eventually intervened, told a few coaches and the disqualification was revoked."

Saurabh's trial scores were better than Jitu before the Asian Games. World Championship silver-medallist Jitu, who has won a plethora of medals in top international tournaments before losing his touch, is being backed by Olympic Gold Quest.

Rana doesn't want his teenage prodigies to get 'carried away' by the money, attention and laurels coming their way following a string of overwhelming results.

"I am not angry but the thought definitely makes me feel bad and saddens me. They have a long way to go and are yet to see the bitter truths of life, the failures, which eventually make one strong," Jaspal said.

"As they set out to scale higher peaks, these promising shooters and all the stakeholders involved must be careful that they don't get distracted and keep working hard," he added. 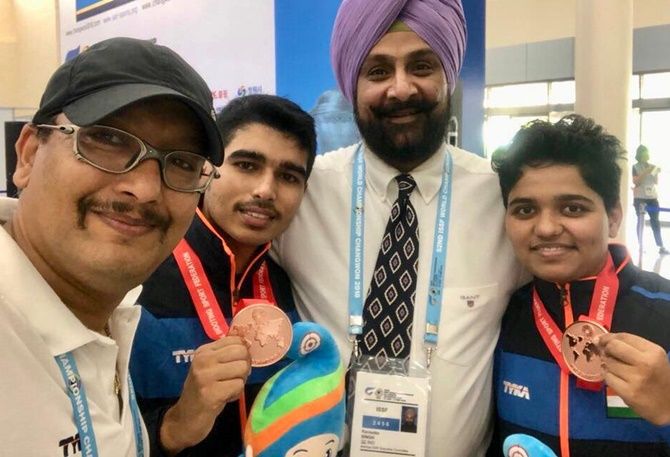 The 42-year-old Jaspal, one of India's finest exponents in pistol shooting, has played a key role in moulding the likes of Manu Bhaker, Anish Bhanwala and Chaudhary.

According to Jaspal, it would be wiser if shooters are given access to money only when they are mature enough.

"Staying on top is really difficult. Young kids have to learn how to rise from failures, life will teach them all these lessons. Money should be given in a way they are not affected. The crores the govt gives should not be given at one go."

"They should get access to money once they are mature enough, till then keep it as FD (fixed deposit) in their name and secure their life."

"When you get carried away by money and fame, I feel bad about it, because I have seen people getting out of the national squad. You can check the record. I teach them to accept defeat in a graceful manner"

Referring to the controversy around one of the Indian contingent's deputy chief de missions travelling business class after the Asian Games and the ensuing anger expressed by some volleyball players, he said, "All of them are suddenly talking of business class-tickets and all."

"The change in their (young shooters) attitude, discussions on Porsche Cayenne and Maserati all of a sudden, I wonder why... the luxury of life."

"Look at (Virat) Kohli and (Sachin) Tendukar, they have sweated it out everyday to get where they are."

He lauded the National Rifle Association of India and government for helping with infrastructure, coaching, foreign training and funds, but wants the government to keep a tab on every penny it allocates, to curb misuse.

"Money is being spent on sending teams abroad, foreign coaches, but are you monitoring the money given to athletes for schemes like TOPS? I think it has to be monitored properly."

Teen sensations Bhaker, Chaudhary and Bhanwala grabbed podiums and headlines with their fearless approach, with Japsal, in their own words, playing a crucial role in their success.

And while the unassuming coach has his feet firmly grounded, he wants his shooters also to remain grounded.

"My appeal is to the parents: please do not interfere in the training programme, they need to fight the battle, it's my responsibility but you (parents) will be the biggest loser."

Japsal said the task only gets tougher now with rising expectations.

"Their performance has raised expectations, the government is allocating funds and private sponsors are also involved. We will have to repeat what we have been doing. Mind you countries such as China, Korea and Japan are not going to remain quiet. They are not really not happy with that, so only it gets tougher for us."

He credited the NRAI president Raninder Singh for the success of the junior shooters.

"This is not happening out of the blue. You are reaping the rewards of many years, the junior programme that was started by the NRAI president.

"During the world championship, he would order cake for all the winners. This kind of gesture is quite motivating." 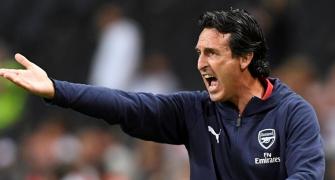 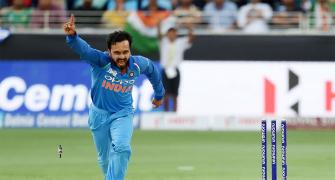