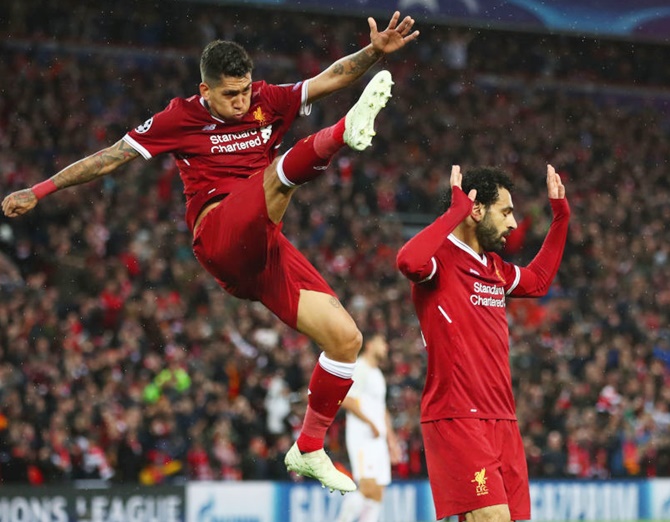 Liverpool, inspired by two-goal Egyptian Mohamed Salah, took a big step towards the Champions League final with a 5-2 win over AS Roma in their semi-final, first leg at Anfield on Tuesday.

Two late Roma goals, however, will give the Italians, who came back from 4-1 down to beat Barcelona in the previous round, some hope of an upset in the return game next Wednesday.

A pair of superbly taken goals from Salah, against his former club, gave Juergen Klopp's side a 2-0 lead at halftime and Liverpool simply ripped Roma apart after the break.

A Sadio Mane goal and then two Roberto Firmino goals put Liverpool 5-0 up and Klopp felt comfortable enough to take off Salah, who had been outstanding.

Yet Edin Dzeko struck for the visitors in the 81st minute and four minutes later Diego Perotti converted a penalty to generate some tension for the return in Rome. 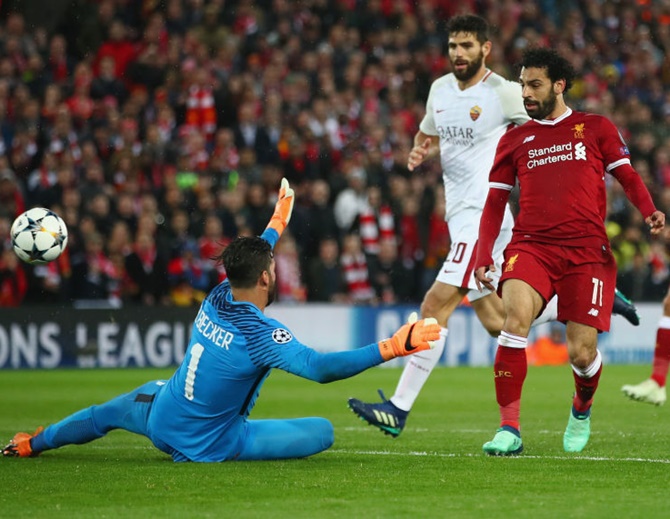 Liverpool fans left Anfield with some of the shine of a wonderful attacking display removed by the two late goals and they may wonder why Klopp decided to take off Salah and why their team took the foot off the gas.

Just as against Manchester City in the previous round, Liverpool had shown the sheer potency of their attacking trio.

If Roma's defence struggle half as much at the Stadio Olimpico, Liverpool will surely be heading to Kiev for the final on May 26 to face Bayern Munich or Real Madrid, who meet in the other semi-final on Wednesday.

Roma began brightly, unfazed by the Anfield atmosphere, as they closed down Liverpool and attacked with intent down both flanks.

The mood of the home crowd worsened in the 18th minute when midfielder Alex Oxlade-Chamberlain was taken off on a stretcher with what appeared to be a serious injury after a sliding tackle on Aleksandar Kolarov.

Liverpool looked edgy and they came close to falling behind when Kolarov unleashed a fierce drive from 30 metres which keeper Loris Karius rather unconvincingly got a hand to as the shot thundered against the crossbar.

That served as a warning for Klopp’s side, who responded in devastating fashion.

Mane should have scored in the 29th minute when put through after brilliant work from Firmino but the Senegalese forward shot over the bar with only keeper Alisson to beat.

Moments later Mane was set up again by his Brazilian team mate but blasted wildly off-target from a promising position inside the area and his frustration was enhanced when he had a close-range effort correctly ruled out for offside. It was Salah who broke the deadlock in the 35th minute with a stunning finish, cutting in from the right and then leaving Alisson helpless as he floated a perfect left-foot shot into the far corner.

Defender Dejan Lovren should have doubled the lead but hit the bar with a free header from a corner and that was the last let-off for the Italians.

Salah made it 2-0 with his 43rd goal of the season when Firmino sent him clear. With Alisson advancing he beat the Brazilian with a deft chip that was straight out of the repertoire of former Liverpool great Kenny Dalglish.

Some teams might have considered a 2-0 halftime lead a scoreline to be defended. Klopp’s side, however, are far from cautious and they took full advantage of some awful Roma defending.

Mane was rewarded for his persistence in the 56th minute, sliding a low finish into the net after the unstoppable Salah had broken down the right and put the ball on a plate for his team mate.

Salah then danced past Juan Jesus and played a similar low cross into the path of Firmino, who made no mistake to make it 4-0.

Firmino made it 5-0 in the 68th minute when the shellshocked Roma defence left him unmarked at a corner and he headed in.

Bosnian Dzeko pulled a goal back for Roma nine minutes from the end after he collected a wonderful floated pass from Radja Nainggolan and drove past Karius.

A single away goal would probably not have been enough to give Roma any real hope for the second leg but when James Milner was ruled to have handled in the area, substitute Perotti slotted home the penalty to keep some tension in the tie.

© Copyright 2022 Reuters Limited. All rights reserved. Republication or redistribution of Reuters content, including by framing or similar means, is expressly prohibited without the prior written consent of Reuters. Reuters shall not be liable for any errors or delays in the content, or for any actions taken in reliance thereon.
Related News: Mohamed Salah, AS Roma, Liverpool, Juergen Klopp, Roberto Firmino
COMMENT
Print this article 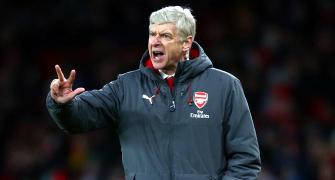 Will Europa League win be perfect send-off for Wenger? 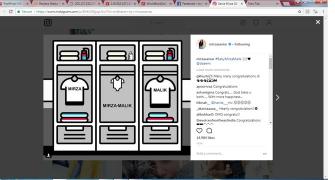 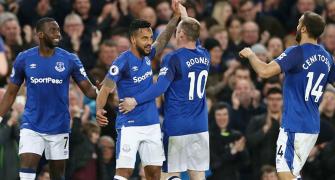 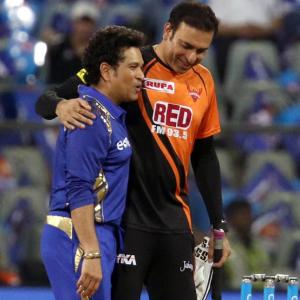