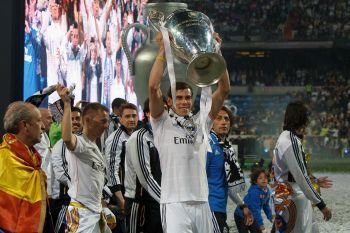 European champions Real Madrid will face former champions Liverpool, FC Basel and debutants Ludogorets of Bulgaria following the draw for the group stage of the Champions league on Thursday.

Real won the title for the 10th time when they beat Atletico Madrid 4-1 after extra-time in Lisbon in May and have the chance to avenge a 5-0 aggregate defeat to five-time champions Liverpool in the last 16 in 2009.

Further back in time Liverpool beat Real 1-0 in the 1981 European Cup final in Paris.

The draw, held at the Grimaldi Forum in Monte Carlo, had a distinct air of deja vu about it.

Arsenal were drawn in the same group as Borussia Dortmund for the second successive season, as were Chelsea and Schalke 04 and Bayern Munich and Manchester City.

Bayern and City were joined by CSKA Moscow for the second straight season too with AS Roma completing the quartet in Group E.

Barcelona and Paris St Germain, both clubs with strong links to Qatar, will face each other in Group F along with former champions Ajax Amsterdam and APOEL Nicosia.