The duo did not receive the Arjuna Awards during the Award ceremony held last year on September 25 in Rashtrapati Bhawan, as they were out of the country taking part in international tournaments.

Bopanna was awarded the Arjuna Award for winning the tennis men's double gold medal at the Asian Games in 2018.

"It is very proud and great feeling for me. Especially when you are recognised by country Arjuna Awards winner. I'm very happy to receive this (award). Sports minister conferred me the award and he is very concerned about the sports in India," Bopanna told ANI.

"It was declared 8-10 months back and I was really excited and happy that something that I have worked hard for is been recognised through Arjuna Award. To get it today is a great feeling and hopefully I will continue performing well and winning matches for India," Mandhana said.

Rijiju praised both the players for their contribution to the sports and country.

"Today I gave awards to Bopanna and Mandhana as they missed during the award distribution ceremony last year due to their international events," Rijiju told reporters

"Bopanna is practising for Tokyo Olympic 2020 and by giving award I want to keep his morale high. While Mandhana is well known in international cricket. She is the best batsman in the world. I want to congratulate her and want to continue doing the same," he added. 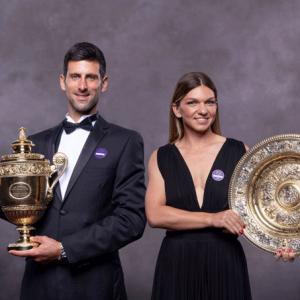