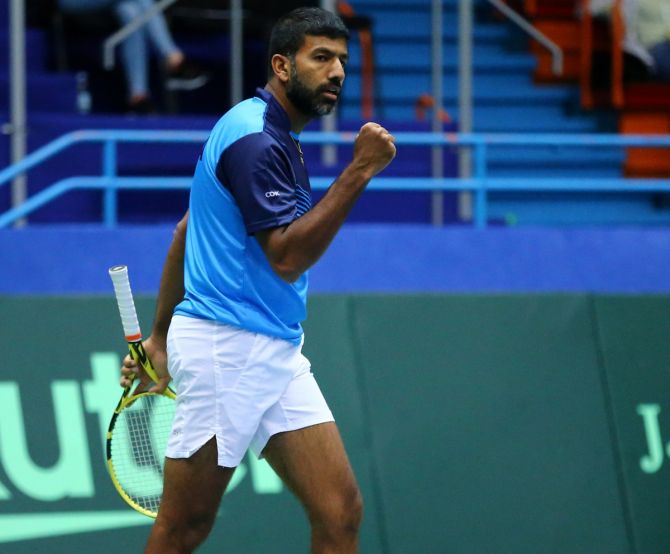 India's Rohan Bopanna will emerge from his 14-day quarantine in Melbourne later on Saturday with a spring in his step after his quest for a new doubles partner for next month's Australian Open finally ended.

The former doubles world number three is one of 72 players who have been confined to their hotel rooms in Melbourne after fellow passengers on the flights that brought them to Australia tested positive for COVID-19.

Compounding his problem, Bopanna was forced into searching for a new partner after Joao Sousa was unable to travel to Australia on time after testing COVID-19 positive.

"Playing with Ben McLachlan from Japan in Australian open," Bopanna told Reuters in a message on Saturday. McLachlan is a New Zealand-born player who represents Japan.

He will team up with China's Duan Yingying for the mixed doubles.

In next week's ATP event at Melbourne Park, Bopanna will partner Denmark's Frederik Nielsen in the men's doubles.

Denied training like most other players, Bopanna earlier told Reuters he had been relying on exercise bands and mats to stay fit.

© Copyright 2022 Reuters Limited. All rights reserved. Republication or redistribution of Reuters content, including by framing or similar means, is expressly prohibited without the prior written consent of Reuters. Reuters shall not be liable for any errors or delays in the content, or for any actions taken in reliance thereon.
Related News: Rohan Bopanna, Reuters, Ben McLachlan, Melbourne Park, ATP
COMMENT
Print this article 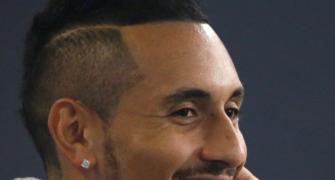 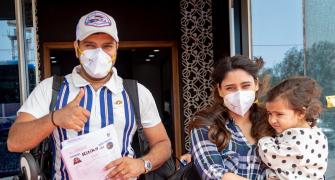 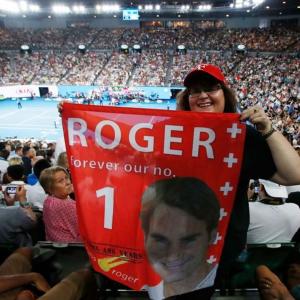