Olympic champion Usain Bolt hopes to clock 9.7 seconds in the 100 metres at the Golden Spike meeting in the Czech Republic on Friday as he continues his preparations for the London Games.

Arriving in the eastern Czech city of Ostrava, Bolt said on Tuesday he was happy with his season start but wanted to improve on the 9.82 he set in his sole race this year in Kingston on May 5. 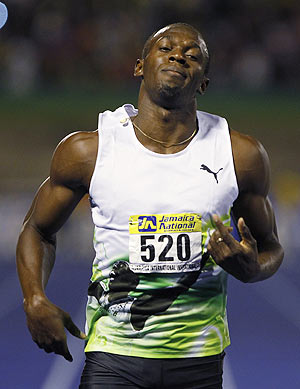 "So I'm definitely going out there to run, probably 9.7 would be good for me."

"Hopefully I can break those records at the Olympic games, it would be a wonderful feat. I'm really looking forward to it and training toward it."

© Copyright 2021 Reuters Limited. All rights reserved. Republication or redistribution of Reuters content, including by framing or similar means, is expressly prohibited without the prior written consent of Reuters. Reuters shall not be liable for any errors or delays in the content, or for any actions taken in reliance thereon.
Related News: Bolt, Golden Spike, London, Ostrava, Czech Republic
SHARE THIS STORYCOMMENT
Print this article 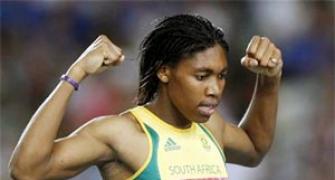 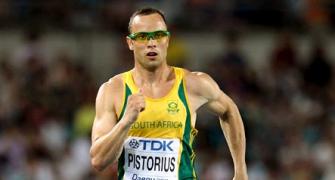 Pistorius confident of qualifying for 2012 Olympics

'Pak about to resume normal arrangement of NATO trucks'