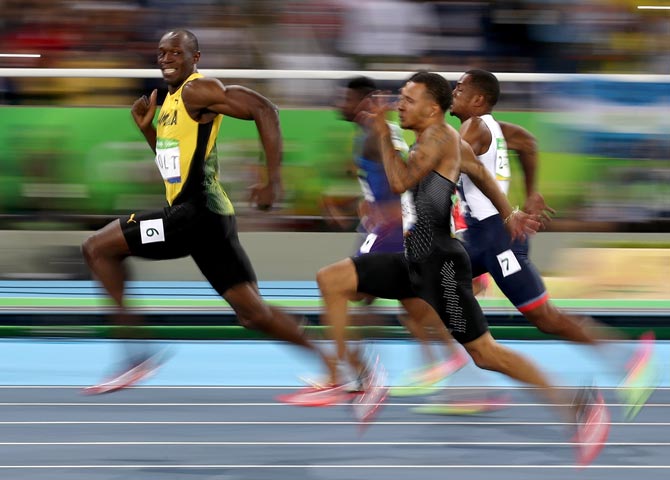 Usain Bolt's rivals will, for once, be glad to see the back of a man who has dominated global sprinting for the last decade but the sport of athletics will be far less enthusiastic about bidding a final farewell to the charismatic Jamaican.

Bolt has completed the sprint double at the last three Olympics and had he not been disqualified ahead of the 100 metres final at Daegu in 2011, the 30-year-old could have matched that feat at the last four world championships.

In an era blighted by doping scandals, the Jamaican has almost single-handedly kept the sport afloat but his commanding reign will come to an end when he retires after next month's world championships, finally allowing other sprinters a look-in. 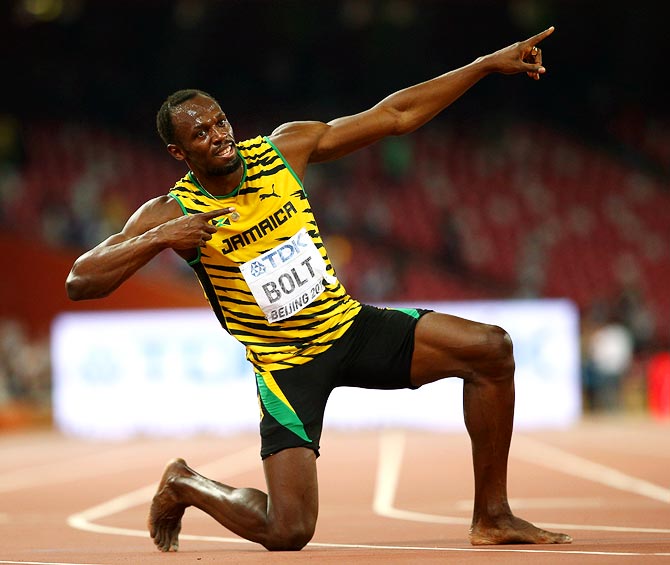 In the simple matter of who will take his place at the top of the 100 metres podium either at or after London, Canada's Olympic sprint medallist Andre de Grasse appears to be just ahead of the pack as the leading candidate.

"(De Grasse) shows up when it counts. That's the mark of a veteran. Even though he has been in the sport not too long," Justin Gatlin, Olympic gold medallist in 2004 and runner-up behind Bolt in Rio last year, said.

South Africa also has a new generation of stars, led by Akani Simbine and Thando Roto, although with their national championships taking place in March, peaking twice in one season could hinder their hopes of victory in London.

"It's difficult to be running fast in March and having to peak for your nationals and still find a away to be ready at the middle of August," former 200m world champion Ato Boldon said.

The door could also open for the United States, a traditional sprint powerhouse but largely forgotten as a threat for a decade since Gatlin and Tyson Gay tested positive for illegal drugs.

However, Christian Coleman put himself on the map when he ran 9.82 seconds, the fastest time this year, during the U.S. collegiate championships, while Trayvon Bromell won bronze at the world championships two years ago aged just 20. But whether any athlete can come close to matching Bolt's dominance and charisma is a different matter.

"You would have to have someone who is dominating, no one is doing that," said Michael Johnson, former Olympic champion in the 200 metres and 400 metres.

"You would have to have someone who has something special he has in terms of personality," the American told Reuters.

"In track and field, after I left, it wasn't like somebody just stepped in. It was eight years before Bolt came along.

Johnson is one of those who feel the sport needs to work harder at promoting itself rather than waiting for a "new Bolt" to burst on the scene.

"I don't think the sport should depend on that," he said.

"If the federations don't want to have to promote the sport itself, want to just ride the coattails of a great athlete, yeah it's going to be hard.

"It's a great sport right here in front of all of us, if we would just promote that, but that takes some work. It's not that easy."

© Copyright 2020 Reuters Limited. All rights reserved. Republication or redistribution of Reuters content, including by framing or similar means, is expressly prohibited without the prior written consent of Reuters. Reuters shall not be liable for any errors or delays in the content, or for any actions taken in reliance thereon.
Related News: Usain Bolt of Jamaica, Reuters, Andre de Grasse, Michael Johnson, IMAGE
SHARE THIS STORYCOMMENT
Print this article 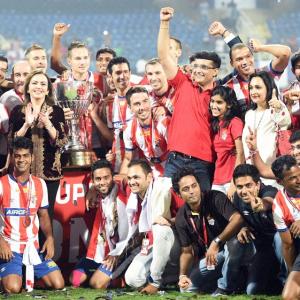 Will he be the next sprinting superstar after Usain Bolt?