Berrettini powers into fourth round at Indian Wells

Matteo Berrettini saved three set points to defeat South African Lloyd Harris 6-4, 7-5 and American Taylor Fritz survived a nearly three-hour battle with Jaume Munar to advance to the Round of 16 at Indian Wells on Tuesday.

Russian world number seven Andrey Rublev had a much simpler outing against local hope Frances Tiafoe, closing out the men's action for the evening with a 6-3, 6-4 win in 70 minutes.

Rublev, 24, will face Hubert Hurkacz for a place in the quarter-finals with the 11th-ranked Pole ending the run of another American Steve Johnson 7-6 (7), 6-3 earlier in the day.

Wimbledon finalist Berrettini won 88% of his first serve points and pounded his 12th ace on match point to seal the win on a sunny day in the Southern California desert.

The sixth-seeded Italian was forced to retire with injury during a match in Acapulco last month and looked rusty in his second-round clash against 18-year-old qualifier Holger Rune on Sunday.

He was sharper on Tuesday, mixing in deft lobs and drop shots along with his powerful forehand and serve.

The 25-year-old is the first Italian man to make the quarter-finals or better at all four majors and said his success on the sport's biggest stages has sparked interest in tennis back in his home country.

"When I was a kid, I dreamed of playing tennis, but not at this level. It still makes me feel like, really? It's me?" Berrettini told Tennis Channel.

"In Italy I'm getting more and more support. A lot of people have started watching tennis. So it's nice."

Berrettini will be the favourite when he takes on Serb Miomir Kecmanovic, who defeated Botic van de Zandschulp in straight sets on Tuesday, in the fourth round.

Southern California native Fritz let out a mighty roar after he dealt the knockout blow to end his slugfest with Munar 6-4, 2-6, 7-6 (2) in front of a supportive crowd.

Fritz lived dangerously in the first set, saving seven break points and captured it when the Spaniard double faulted for the first break of serve of the match.

Munar stepped up his serving in the second to force the tight third set, which Fritz won with his 11th ace of the match.

Next up for Fritz in the fourth round is Australian Alex de Minaur, who was a 7-6 (2), 6-4 winner against American Tommy Paul.

De Minaur holds a 3-1 lead over Fritz in their previous career meetings.

In other fourth round action, American John Isner enjoyed a stress-free 7-5, 6-3 win over 14th seed Diego Schwartzman and will next face Bulgaria's Grigor Dimitrov.

Defending champion Paula Badosa advanced into the quarter-finals with a 6-4, 6-4 victory over US Open finalist Leylah Fernandez here in California on Tuesday.

Badosa came up with a straight-set win over US Open finalist Leylah Fernandez of Canada. The 24-year-old Badosa extended her unbeaten streak in the California desert and will face either Veronika Kudermetova or Marketa Vondrousova for a semi-final spot. Day 9 of Indian Wells starred with many anticipated clashes, and most of the battles were won by top-seeded players.

No. 3 seed Iga Swiatek navigated a 4-6, 6-2, 6-3 victory over former World No.1 and Grand Slam champion, Angelique Kerber of Germany.

After an early exchange, Kerber took charge in the first set with 3-2 and the German held on to seal the one-set lead. An unreturnable serve closed the match, and Swiatek had once again pulled off a three-set comeback.

Swiatek will now face No.25 seed Madison Keys of the United States in the quarter-final clash.

While, Sorana Cirstea crashed out as fellow Romanian Simona Halep rallied for a 6-1, 6-4 victory. The 24th-seeded Halep closed the match with a win in 86 minutes.

In the quarters, Halep will take on Petra Martic of Croatia. Martic upset 28th seed Liudmila Samsonova 7-6 (6), 6-4 in an hour and 54 minutes.

Women's Tennis Association (WTA) head Steve Simon has said that individual athletes should not be penalised for "decisions of an authoritarian leadership" amid concerns that players from Russia and Belarus could be blocked from competing in tournaments.

Russian and Belarusian players are allowed to play on the elite ATP and WTA Tours but not under the name or flag of their countries following Moscow's invasion of Ukraine, for which Belarus was a key staging area.

Russia was also banned from defending its Davis Cup and Billie Jean King Cup team titles as a result of what the country calls a "special military operation."

Several sports have banned individual athletes from Russia and Belarus and Simon said he was unsure what else was in store for tennis players.

"You never know what the future may bring," Simon told the BBC.

"But I can tell you that we have never banned athletes from participating on our tour as the result of political positions their leadership may take.

"So it would take something very significant for that to change, but again we don't know where this is going."

British Sports Minister Nigel Huddleston said on Tuesday that US Open champion Daniil Medvedev may have to provide assurances that he does not support Russian president Vladimir Putin if he is to compete at this year's Wimbledon.

Simon said the WTA would be forced to change its position if governments do not allow Russian and Belarusian players to enter countries as the organisation has to follow rules.

"I feel very strongly that these individual athletes should not be the ones that are being penalised by the decisions of an authoritarian leadership that is obviously doing terrible, reprehensible things," Simon said.

"But if that happens... it won't be something we support."

Auckland set to welcome back tennis tournaments next January

Tennis is set to return to Auckland next January after two years with New Zealand starting to loosen the strict border controls it had imposed in response to the COVID-19 pandemic, local media reported.

A women's Tour event, which regularly featured in the first week of a new season in Auckland, was last held in 2020 with 23-time major champion Serena Williams lifting the trophy.

Auckland also hosts a men's tournament before the Australian Open - the season's opening Grand Slam - is held in Melbourne.

"A number of really positive announcements by the government in the last month or so have given us a lot of confidence around our ability to stage in 2023," Tennis Auckland Chief Executive Rohan West told the Tennis Talk podcast.

"But also, the WTA and ATP have been extremely supportive in terms of doing everything that they can to ensure that we can stage them in January, right to the point where both of their boards have locked in our dates for next year."

West said the women's tournament has been pencilled in for January 2-8 while the ATP event will be held from January 9-14 ahead of the Australian Open.

New Zealand imposed some of the toughest border controls in the world during the COVID pandemic but vaccinated travellers from Australia can enter the country from around mid-April without the need to quarantine.

West said he was heading to Miami to have further discussions with ATP and WTA officials during the co-sanctioned Miami Open, starting next week.

"Part of my time over in Miami would just be starting to develop those relationships with player agents and having those initial discussions around the fact that we are coming back," he added. 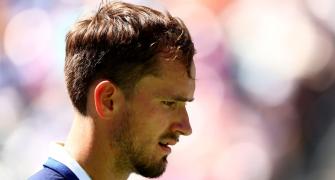 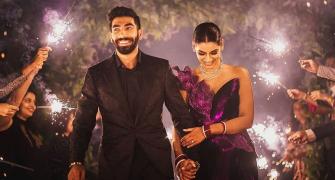 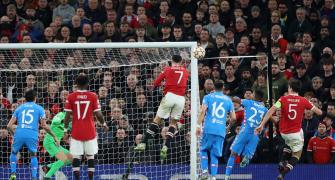 Djokovic gets green signal to play at French Open